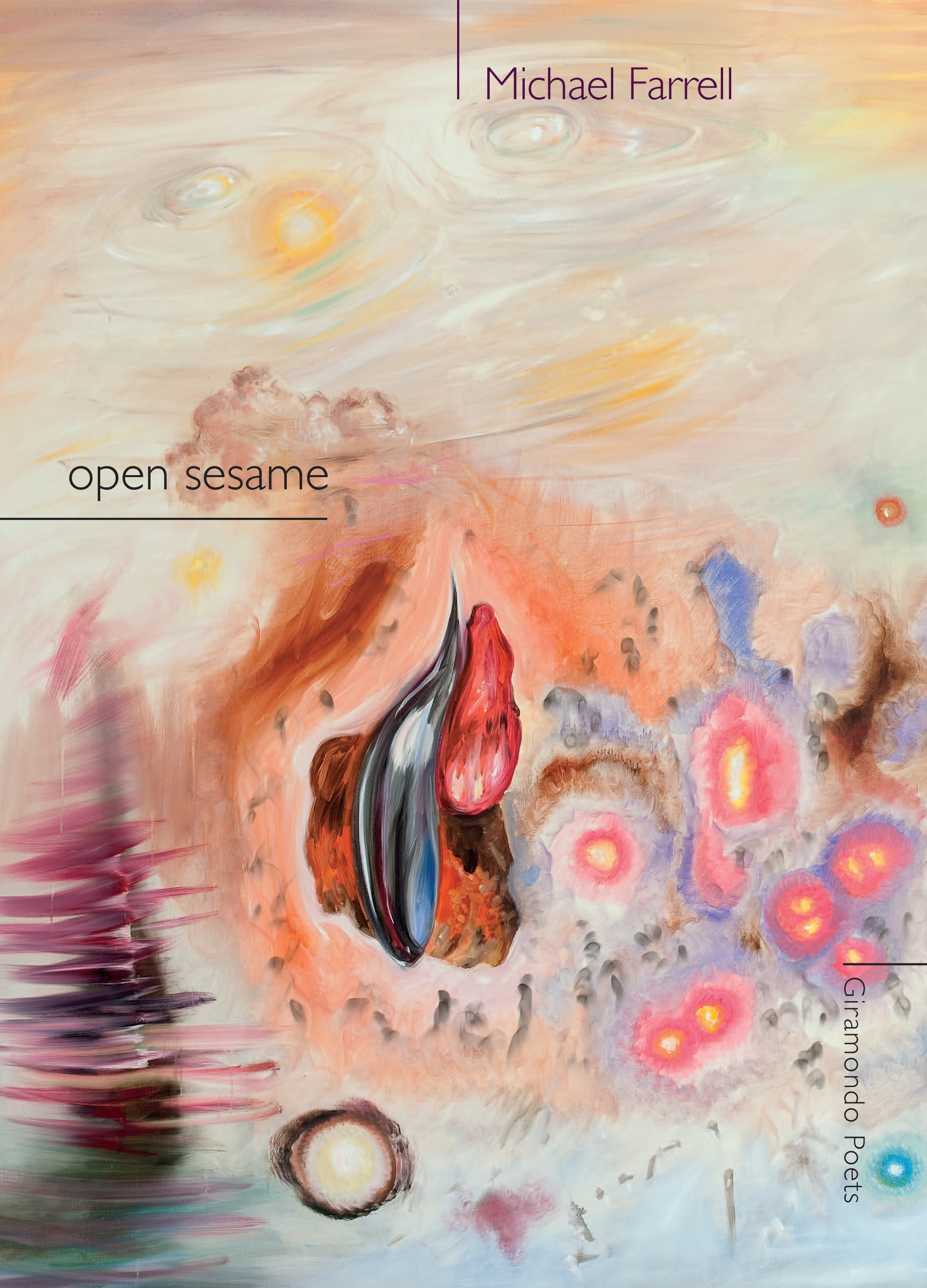 Michael Farrell is highly regarded for the unique rhythms and the gestural and comic qualities of his poetry. His poems set language, syntax and punctuation in motion, heightening the expression of wonder, drama, attitude: or simply relishing the richness and resonance of each new word situation. His new collection, open sesame, includes sonnets derived from Edna St Vincent Millay (‘saints & or’) and from the British police drama The Bill, a sestina on John F. Kennedy set in a laundry, an improvised parody (‘et tu supermarket’), an Oulipo poem (‘debit of a pirate kino’), and four long poems on friendship. The book concludes with a series of collage poems, including one which takes its cue from the legendary Phar Lap. An earlier version of open sesame won the Barrett Reid award for a radical poetry manuscript.

Michael Farrell’s previous collections include living at the z, ode ode, BREAK ME OUCH, a raiders guide (published by Giramondo in 2008), thempark and thou sand. He co-edited the anthology Out of the Box: Contemporary Australian Gay and Lesbian Poets, and has published reviews and essays on poetry. He is the winner of the 2012 Peter Porter Poetry Prize.

The playfulness is thoughtful, intellectually serious and absolute. This poetry can be unsettling, and its abstract music is passionate as well as parodic. Farrell’s fractured narratives seem to settle in the reader’s mind where they become a form of pure lyricism.Barrett Reid Prize Citation