Michael Farrell’s previous collections include living at the z, ode ode (shortlisted for the Age Poetry Book of the Year Award), BREAK ME OUCH, a raiders guide (published by Giramondo in 2008), thempark and thou sand. His second collection with Giramondo open sesame (2011) was shortlisted for the NSW Premier’s Award for Poetry. I Love Poetry won the 2018 Queensland Literary Award for Poetry and was commended in the 2018 Wesley Michel Wright Prize. He was the winner of the 2012 Peter Porter Poetry Prize. 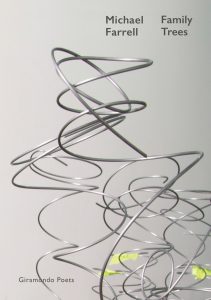 The poems in Michael Farrell’s Family Trees operate according to a queer and inclusive logic, which binds humans, animals, objects, plants and concepts in familial relationships. The poems model contact through affection, sharing, and attention – sometimes violent attention. They tell strange stories – tall tales from the country, rambling reminiscences, shaggy-dog stories – which speak of shifting realities and weird and wonderful things, the coffin with legs that walked, an infertile rabbit that fosters a lamb, robots hunting in Kenya for the little white lion of Tokyo, an argumentative sock-puppet, marsupial geese and singing worms, and Pope Pinocchio, who thinks his heartbeat powers Italy. The characters in these scenarios are quite at home – they think, gossip, sleep and work. They construct ancestries and genealogies. A phrase, a detail, an object can act like a hinge, sending them in a hundred directions. Anything can be a twig (or bud or leaf or fruit) on Farrell’s family trees. 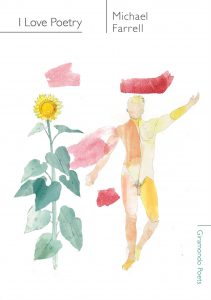 In I Love Poetry Michael Farrell continues to affirm poetry as a mode of thinking. His poems aspire to both memorability and meaning, and to invoke new Australian realities – ‘the rhyme’s a moral that becomes a fence; a fallen-down fence is a joy forever.’ The tone is playful and ironic, more under the skin of the mind than in its face. Poems like ‘Into a Bar’, in which Blue Poles and INXS entertain themselves with digital prune juice and a video burger, or ‘Cate Blanchett and the Dif cult Poem’, with the actor and Waleed Aly, add new dimensions to Australian icons. ‘Great Poet Snowdome’ is a story of kitsch involving Sydney and a pope – a recurring gure in the book, since he reappears as Pope Pinocchio, alongside the Professor of Milk and Sugar. There’s a Mad Max riff (‘Put Your Helmet On’); a One Direction revision (‘Drag Me Down’); and new appreciations of lyrebirds, kangaroos and chocolate frogs. There is Sid Vicious and there are lamingtons. There is everything that loves poetry: Weetbix, Iron Maiden T-shirts, motorbikes, and you. 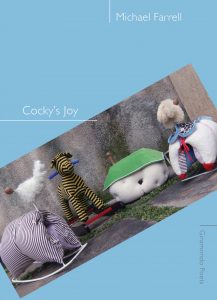 Michael Farrell is the most adventurous and experimental of contemporary Australian poets, since he continually pushes the boundaries of what our poetry can do. Cocky’s Joy is a stand-out collection because of the way it draws on Australian history and popular culture. Farrell was born and raised in rural NSW and as its title suggests, many of the poems in this collection are rooted in the bush, which they present as connected to the rest of the world in magical and often hilarious ways. 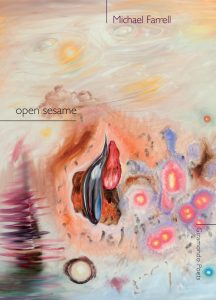 Michael Farrell is highly regarded for the unique rhythms and the gestural and comic qualities of his poetry. His poems set language, syntax and punctuation in motion, heightening the expression of wonder, drama, attitude: or simply relishing the richness and resonance of each new word situation. His new collection, open sesame, includes sonnets derived from Edna St Vincent Millay (‘saints & or’) and from the British police drama The Bill, a sestina on John F. Kennedy set in a laundry, an improvised parody (‘et tu supermarket’), an Oulipo poem (‘debit of a pirate kino’), and four long poems on friendship. The book concludes with a series of collage poems, including one which takes its cue from the legendary Phar Lap. An earlier version of open sesame won the Barrett Reid award for a radical poetry manuscript. 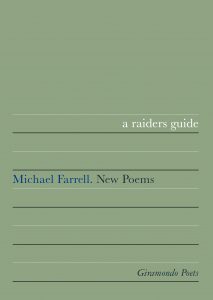 Michael Farrell’s new collection is ‘a raid on the inarticulate’, but not as T.S. Eliot intended – it liberates energies which exist within language, though they may not easily be spoken, or spoken about.

The poems are composed through the application of principles familiar from contemporary music – sampling and remixing, repetition and substitution, permutation and chance. This gives them a formal quality, so that one can think of them as concept-poems, songs for the page. At the same time the reader registers the pressure of feeling: wonderful lines and phrases emerge, expressions of tenderness or vulnerability.

Michael Farrell’s poetry gestures towards secret and codified significance while carrying an emotional intensity that will resonate with readers.