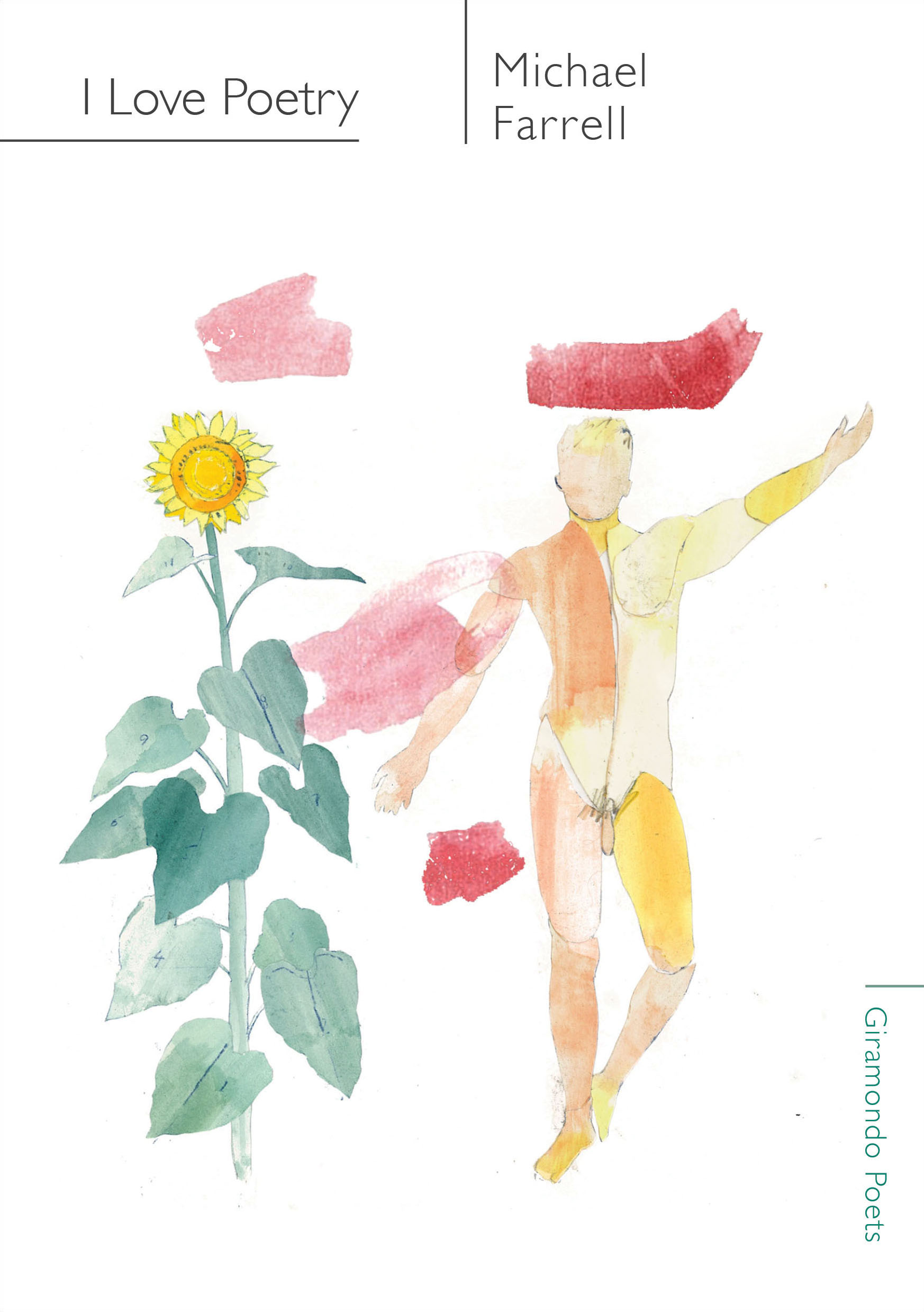 In I Love Poetry Michael Farrell continues to affirm poetry as a mode of thinking. His poems aspire to both memorability and meaning, and to invoke new Australian realities – ‘the rhyme’s a moral that becomes a fence; a fallen-down fence is a joy forever.’ The tone is playful and ironic, more under the skin of the mind than in its face. Poems like ‘Into a Bar’, in which Blue Poles and INXS entertain themselves with digital prune juice and a video burger, or ‘Cate Blanchett and the Dif cult Poem’, with the actor and Waleed Aly, add new dimensions to Australian icons. ‘Great Poet Snowdome’ is a story of kitsch involving Sydney and a pope – a recurring gure in the book, since he reappears as Pope Pinocchio, alongside the Professor of Milk and Sugar. There’s a Mad Max riff (‘Put Your Helmet On’); a One Direction revision (‘Drag Me Down’); and new appreciations of lyrebirds, kangaroos and chocolate frogs. There is Sid Vicious and there are lamingtons. There is everything that loves poetry: Weetbix, Iron Maiden T-shirts, motorbikes, and you.

Three Giramondo titles have been shortlisted in the 2019 NSW Premier’s Literary Awards. They are Gerald Murnane’s Border Districts for the Christina Stead Prize for Fiction, Alexis Wright’s Tracker for the Douglas Stewart Prize for Non-Fiction, and Michael Farrell’s I Love Poetry for the Kenneth Slessor Prize for Poetry.