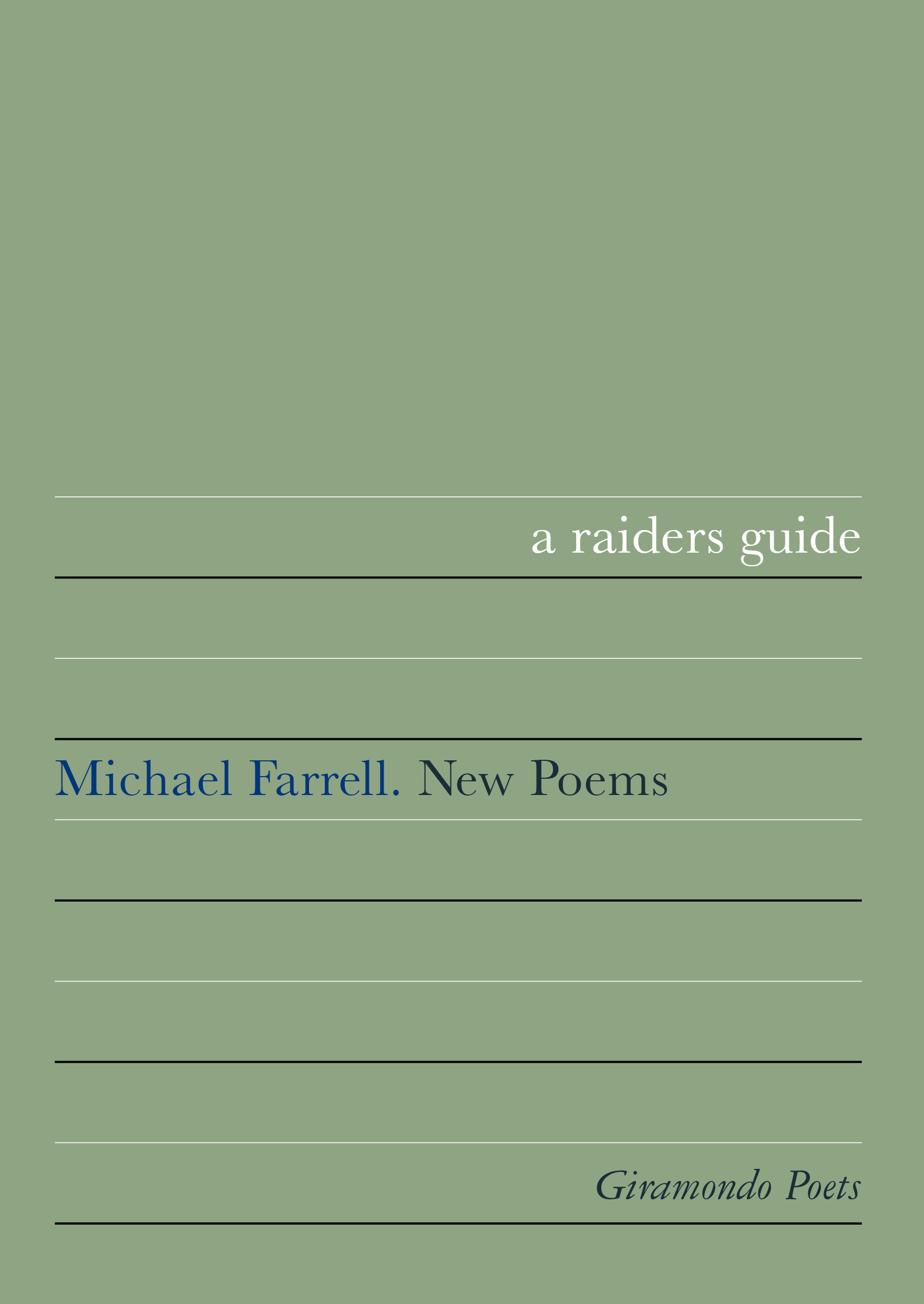 Michael Farrell’s new collection is ‘a raid on the inarticulate’, but not as T.S. Eliot intended – it liberates energies which exist within language, though they may not easily be spoken, or spoken about.

The poems are composed through the application of principles familiar from contemporary music – sampling and remixing, repetition and substitution, permutation and chance. This gives them a formal quality, so that one can think of them as concept-poems, songs for the page. At the same time the reader registers the pressure of feeling: wonderful lines and phrases emerge, expressions of tenderness or vulnerability.

Michael Farrell’s poetry gestures towards secret and codified significance while carrying an emotional intensity that will resonate with readers.

Farrell’s ear is as warm as an analog synthesiser.Aaron McCollough