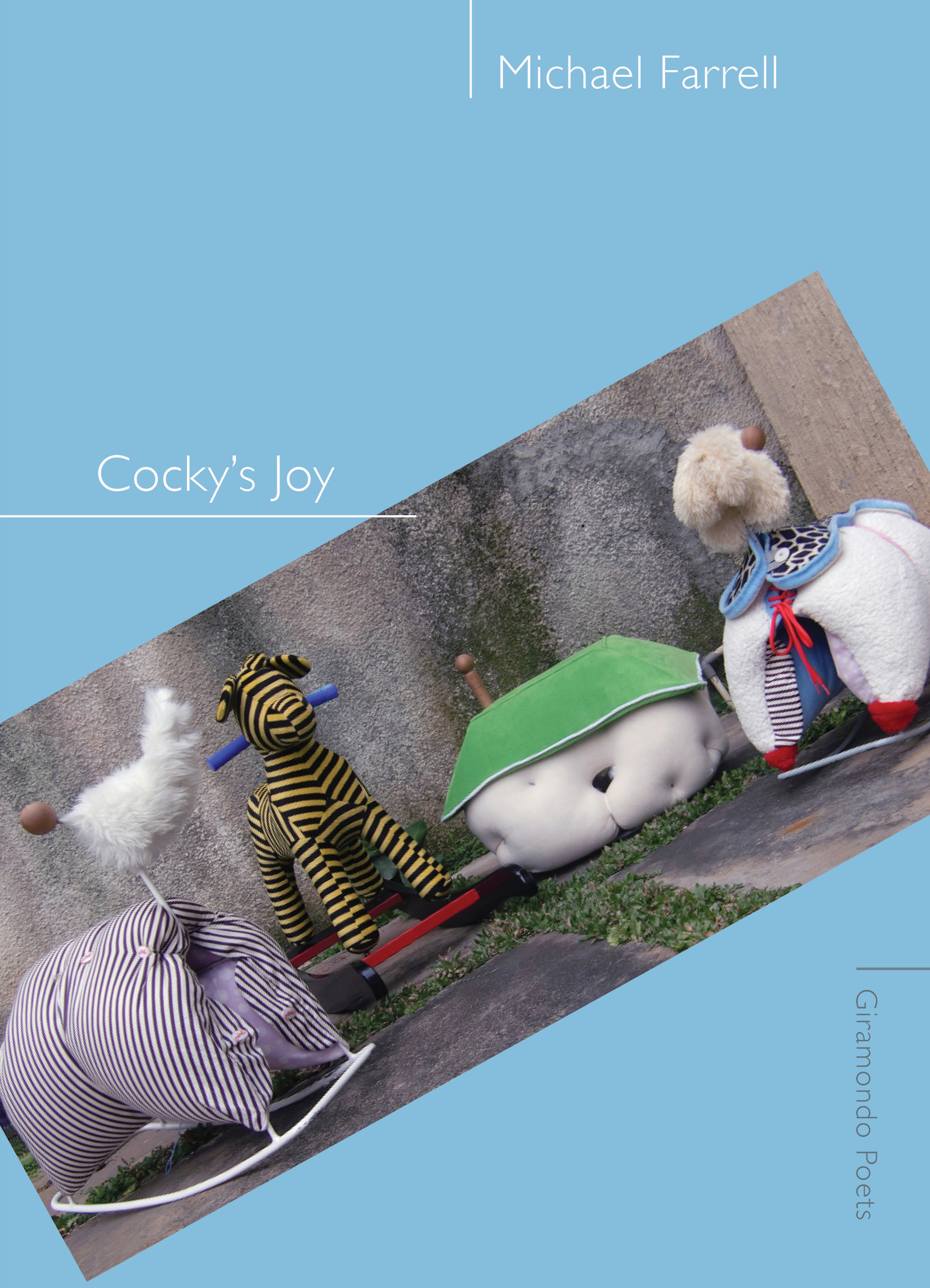 Michael Farrell is the most adventurous and experimental of contemporary Australian poets, since he continually pushes the boundaries of what our poetry can do. Cocky’s Joy is a stand-out collection because of the way it draws on Australian history and popular culture. Farrell was born and raised in rural NSW and as its title suggests, many of the poems in this collection are rooted in the bush, which they present as connected to the rest of the world in magical and often hilarious ways. There are love poems too, and riffs on such figures as the cowboy, the waiter and the assembled family. Farrell’s experimentalism doesn’t prevent him from offering moving tributes, to women and lovers, and to scenes recalled from the past. In fact, it is precisely his eye for metaphor and the unexpected combination, for punning and the letter – in both its verbal and visual aspects – that gives his poetry its humour and energy.