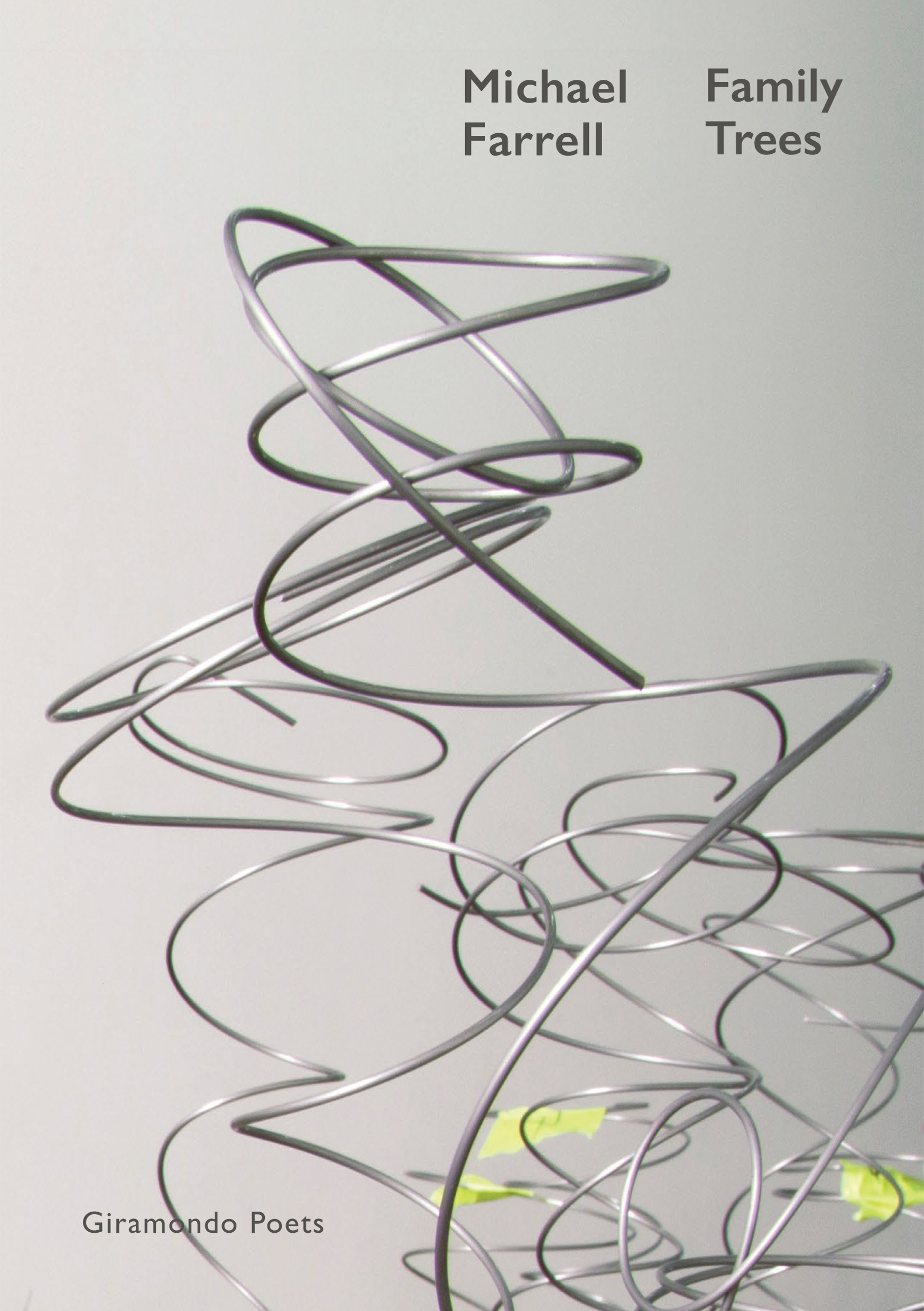 The poems in Michael Farrell’s Family Trees operate according to a queer and inclusive logic, which binds humans, animals, objects, plants and concepts in familial relationships. The poems model contact through affection, sharing, and attention – sometimes violent attention. They tell strange stories – tall tales from the country, rambling reminiscences, shaggy-dog stories – which speak of shifting realities and weird and wonderful things, the coffin with legs that walked, an infertile rabbit that fosters a lamb, robots hunting in Kenya for the little white lion of Tokyo, an argumentative sock-puppet, marsupial geese and singing worms, and Pope Pinocchio, who thinks his heartbeat powers Italy. The characters in these scenarios are quite at home – they think, gossip, sleep and work. They construct ancestries and genealogies. A phrase, a detail, an object can act like a hinge, sending them in a hundred directions. Anything can be a twig (or bud or leaf or fruit) on Farrell’s family trees.

Endless, rascally contortions. Read them boldly as an archaeologist…but stay quietly aware that the texts are already affecting your cognitive frame, turning you into their accomplice in the renewing of language.Gwee Li Sui, Sydney Review of Books