John Mateer is a poet, writer and curator. His works – published in Australia, South Africa, Indonesia, Japan, Macau and Portugal – include essays, books of poems, and Semar’s Cave, a prose travelogue on Indonesia. For two decades he has published criticism on contemporary art. His latest poetry collections are Southern Barbarians, which was shortlisted for the Prime Minister’s Literary Award, Emptiness: Asian Poems 1998–2012, and Unbelievers, or ‘The Moor’, which has recently appeared in Portuguese and German-language editions. 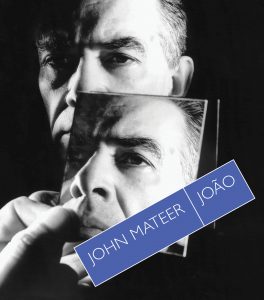 In a sequence of 62 sonnets, John Mateer describes the encounters of an alter-ego, João, as he travels across the globe, attending festivals and readings, meeting with friends, lovers, and often-famous fellow authors. Uncertain in his identity, melancholy in disposition, troubled by dreams and memories, João is also an innocent, and given to moments of illumination and joy. Mateer is both ironic and affectionate in his treatment of this picaresque figure, creating through his sonnet sequence a narrative which is new in Australian writing, the worldwide adventures of the poet as comic hero, one who, despite his disappointments, still believes in the power of literature to create a sense of belonging, and to invoke ‘the deep mandala of meeting and friendship’. 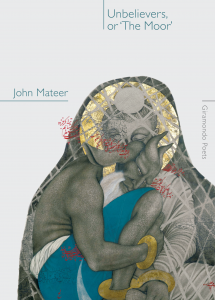 John Mateer’s previous book of poems Southern Barbarians traced the influence of the Portuguese empire in the Indian Ocean. Unbelievers, or ‘The Moor’ takes this exploration further, to recover the origins of Western poetics in Al-Andalus, the so-called Moorish state which occupied much of present-day Spain and Portugal from the eighth to the fifteenth centuries. A seat of learning and culture, combining Muslim, Christian and Jewish influences, it provides a model for Mateer’s own formulation of an alternative Western poetic tradition, and for his nomadic identity as a poet. The collection is much concerned with influential but invisible histories; with the poem as a moment of connection between languages and cultures, so that the book seems already to exist in translation; with doubles and hauntings, meetings in far places, and above all, what Mateer calls ‘the irony of Elsewhere’. The collection includes the essay ‘Echolalia’, which reflects on the seven years of writing this body of work. 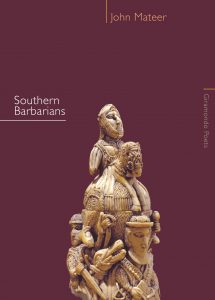 The Portuguese traders who brought Europe to Japan in the sixteenth century were known as ‘southern barbarians’. In his new collection John Mateer offers a contemporary re-charting of the Portuguese Empire, the hemisphere of influence which ties Portugal to Angola, Mozambique, South Africa, Australia, Timor, Malacca, Macau and Japan.

This empire is a fugitive one, notable for its saudade, its awareness of loss, its yearning for a world that appears only intermittently in this one, as an echo, a trace, a memory. At its heart is the figure of the poet, as migrant, tourist, desterrado. His identity is inhabited by other identities, just as the place he is in reminds him of other places.

He is Camões, author of Os Lusíadas, he is Pessoa of the multiple heteronyms. Haunted by doubles and reflections, accompanied by ‘spirit guides’ who pass between this world and the other, he is both ghostly andconnected wherever he goes, connected in his ghostliness.