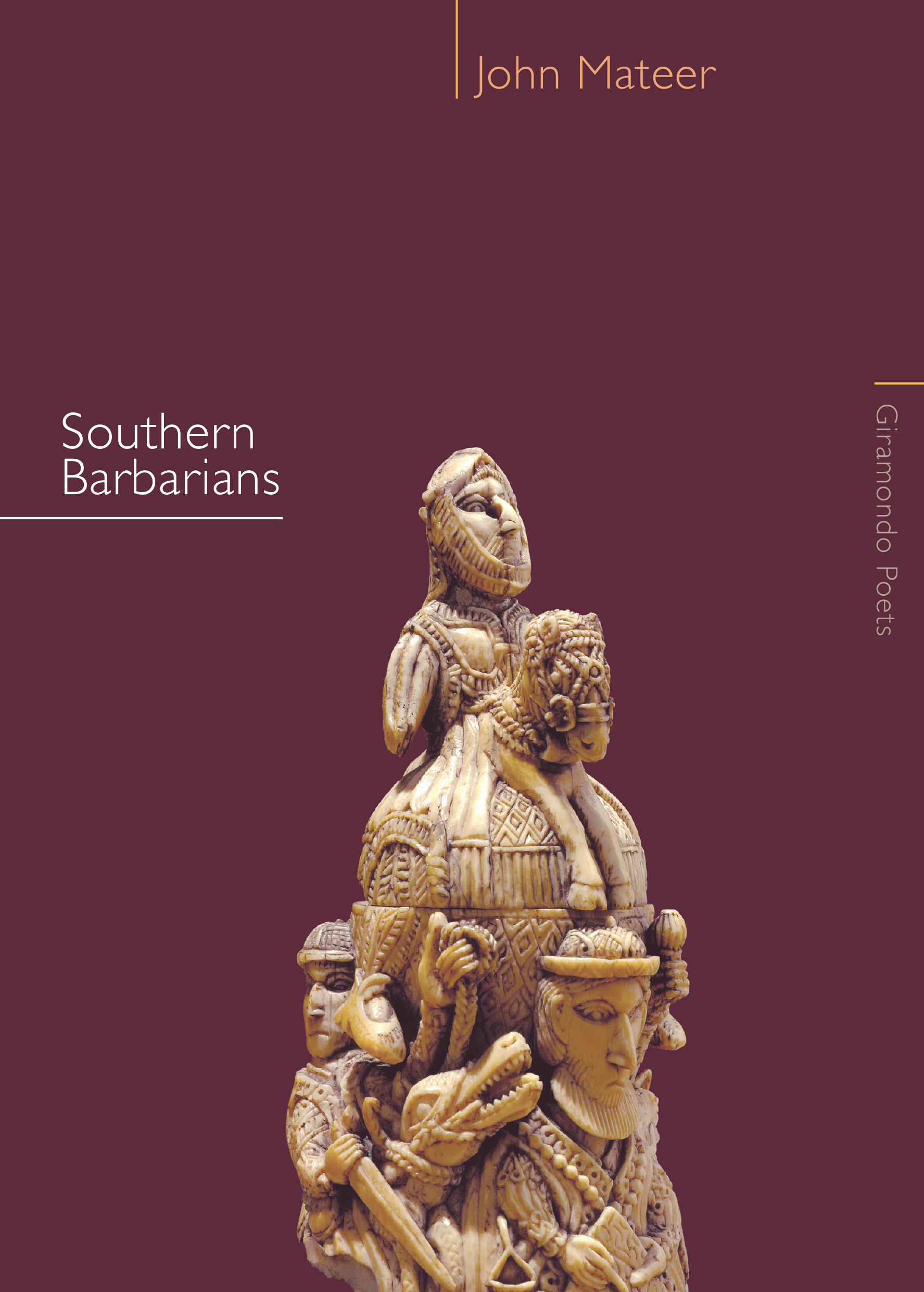 The Portuguese traders who brought Europe to Japan in the sixteenth century were known as ‘southern barbarians’. In his new collection John Mateer offers a contemporary re-charting of the Portuguese Empire, the hemisphere of influence which ties Portugal to Angola, Mozambique, South Africa, Australia, Timor, Malacca, Macau and Japan.

This empire is a fugitive one, notable for its saudade, its awareness of loss, its yearning for a world that appears only intermittently in this one, as an echo, a trace, a memory. At its heart is the figure of the poet, as migrant, tourist, desterrado. His identity is inhabited by other identities, just as the place he is in reminds him of other places.

He is Camões, author of Os Lusíadas, he is Pessoa of the multiple heteronyms. Haunted by doubles and reflections, accompanied by ‘spirit guides’ who pass between this world and the other, he is both ghostly andconnected wherever he goes, connected in his ghostliness.

He is a barbarian, in the best sense of the word. Etymologically, one whose language denotes a different mode of speech, an interpreter, translator, foreigner…when he speaks, it is in gentle acknowledgement of solitude and of the strange.Brian Castro, Introduction

What can be stressed here, despite the particular choice of poems or the way in which said poems bring us memories and uncommon images, is an “I” rightfully translated into the language, itself nomadic, of Camões, Pessanha or Gil de Carvalho (a poet with whom, surprisingly, Mateer shares some affinities.)Manuel de Freitas, Expresso (Portugal)