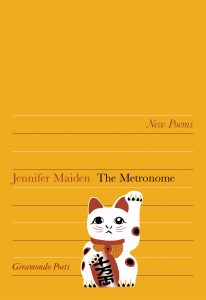 The Metronome is the third annual poetry collection by award-winning poet Jennifer Maiden addressing political and social issues of the moment, including here, the recent US presidential election. Like Drones and Phantoms and The Fox Petition, The Metronome features intimate conversations about power and policy between contemporary figures and their historical counterparts. The English Labour leader Jeremy Corbyn and the Irish patriot Constance Markievicz discuss friendship, passive resistance and immigration on a walk in the Scottish Highlands. Abraham Lincoln and Eleanor Roosevelt counsel Hillary Clinton on compassion and responsibility during a stormy winter’s night in New Hampshire. Throughout, we admire Maiden’s reading of public figures, the strength of her interest in the morality of conduct, the magical settings for her exploration of ideas, and the rhythmical beat of her poetry, offering reassurance and continuity in a period marked by austerity and fear. 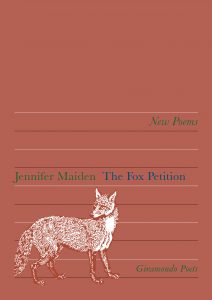 Jennifer Maiden’s new collection of poems deals with xenophobia and the rejection of otherness, whether immigrant or domestic. It takes as its emblem the fox, representing our fear of the introduced and ill-reputed, but its title also refers to the petition of the great Whig statesman, Charles James Fox, for the rights of all people, including freedom of speech and habeas corpus. Fox himself is the subject of some of the poems; as are Julie Bishop and Tanya Plibersek, Penny Wong and Gillian Trigg, Joan Baez and Mary Travers, in a study of the intimate qualities of ‘the female duet’ and the role of empathy in public life. Hillary Clinton and Eleanor Roosevelt reflect on poverty and human rights in Iowa, Kevin Rudd tries to explain Manus Island to Dietrich Bonhoeffer: these conversations are a vital part of Maiden’s technique, her ability to trace the flow of thought or pursue an argument, using the rhythms and enjambments of the poetic line, to light up her subject in unexpected and telling ways.

The Fox Petition is available from Quemar Press. 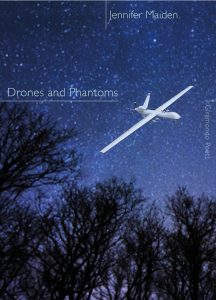 Drones and Phantoms is a powerful successor to Maiden’s prize-winning collection Liquid Nitrogen, and again features her unique interweaving of the personal and the political, in the use of intimate and public poetic modes within each poem and within the collection as a whole. The poems are in fact conversations, not only between the poet […] 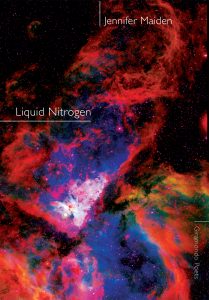 Jennifer Maiden’s ‘weaving’ poems are like verse essays or conversations, in which the political issues of our time and the figures who dominate them are presented with the same clear intelligence and eye for detail, as the most personal aspects of the poet’s experience. This is the quality of liquid nitrogen which gives the book its title – a substance which permits intense and heated interactions, and at the same time the survival of delicate organisms. 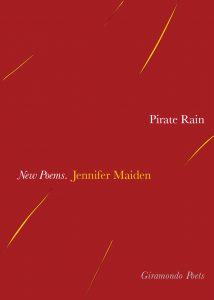 These sequences are accompanied by lyrics which open the poet’s private world to scrutiny, probing the boundary between the autobiographical and the public persona. 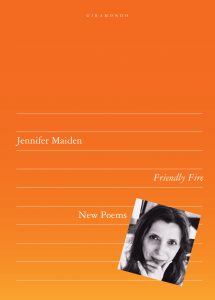 Maiden’s poetry ranges widely, from the international to the national to the local, offering poems which focus with equal intensity on Donald Rumsfeld or Bob Carr, the deserts of Afghanistan or the rockpools at Austinmer beach, the policies of Nato or the exhibits at the local agricultural show.