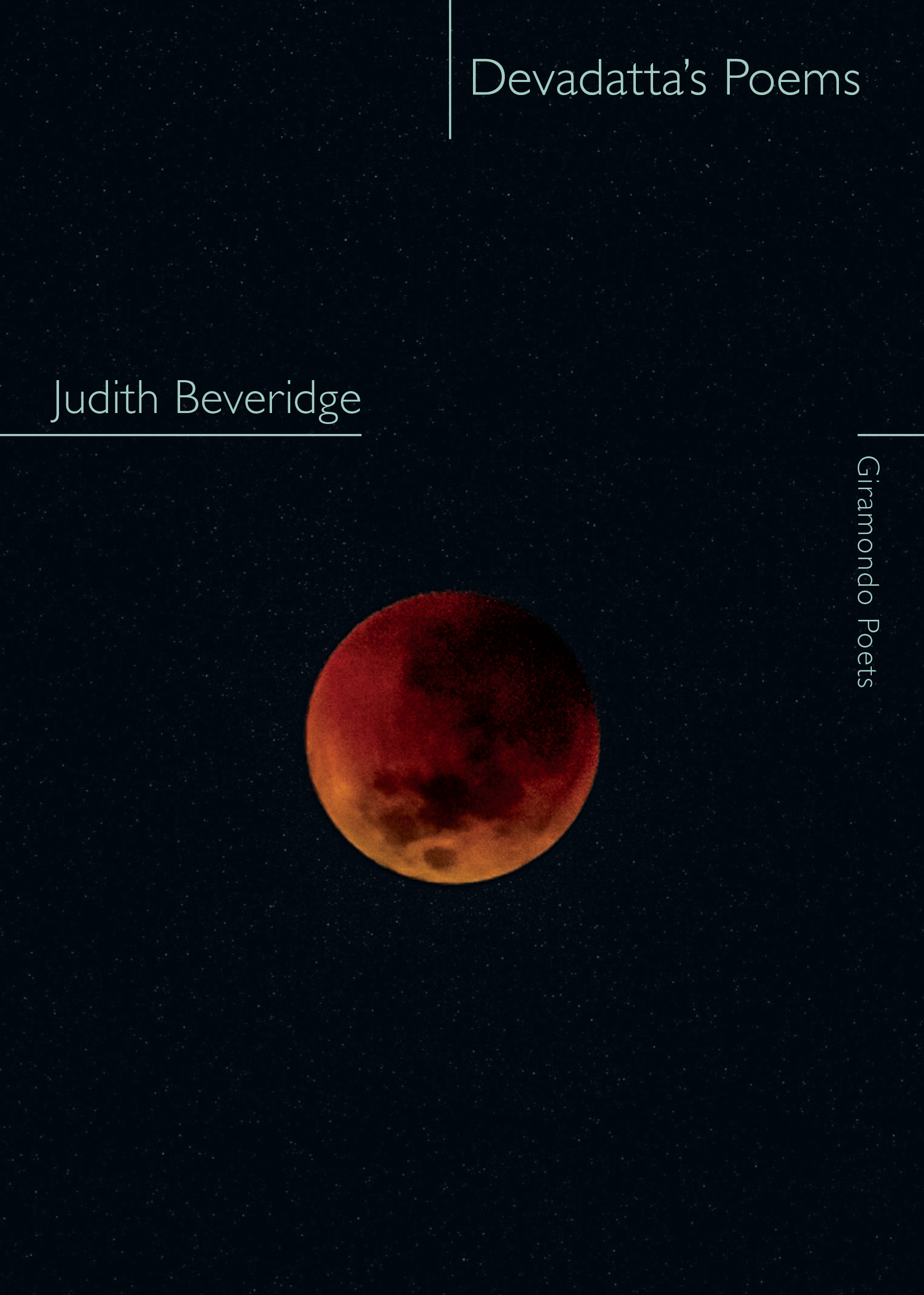 Devadatta’s Poems complements the sequence ‘Between the Palace and the Bodhi Tree’, published in Beveridge’s earlier collection Wolf Notes, which followed the travels of Siddhattha Gotama before he became the Buddha, and portrayed the world from his disciplined and ascetic point of view. These new poems are written from the viewpoint of Devadatta, Siddhattha’s jealous and ambitious cousin, who attempted to murder him three times. They are marked by an extraordinary richness of language and detail, and a dedication to sensation, which is in contrast to Siddhattha’s purity, and caused at least in part by Devadatta’s desire for Yasodhara, his cousin’s wife.

Devadatta’s Poems continues Judith Beveridge’s exploration of the origins of Buddhism, focussing on a disruptive element in the developing monastic life. The poems are monologues and reveal Beveridge’s extraordinary ability to fuse a lyric voice of great complexity and sensitivity with a dramatic situation. These poems – imagined to be spoken by the Buddha’s frustrated and malevolent nephew – are full of disgust, jealousy and outrage that misery caused by social conditions should be attributed to a cosmic view. And the poems exploit the caustic possibilities of that voice with a relish to produce a memorable sequence.Judges’ comments, Queensland Literature Awards

Judith Beverdige has received the FAW CHRISTOPHER BRENNAN AWARD. It is an award to honour an Australian poet who has written work of sustained quality and distinction.