Pat Grant’s approach to cartooning is largely an old-fashioned one, with each page of images painstakingly drawn on large pieces of illustration board with a sable brush and India ink. The images in Blue have been taken directly from drawings collected over many mornings on the beaches of NSW and Victoria; they are inspired by real life but don’t lose their cartoonish charm. Combined with Grant’s sparse writing the result is a cinematic story telling experience that lends itself particularly to an Australian experience of place and landscape.

‘With pitch-perfect dialogue and composition, Pat Grant takes the insidious ‘us and them’ mentality that still festers under the Australian plush pile, and hangs it out to dry by the surfboard. The result is honest, funny and unsettling – everything a great comic can be.’ Shaun Tan 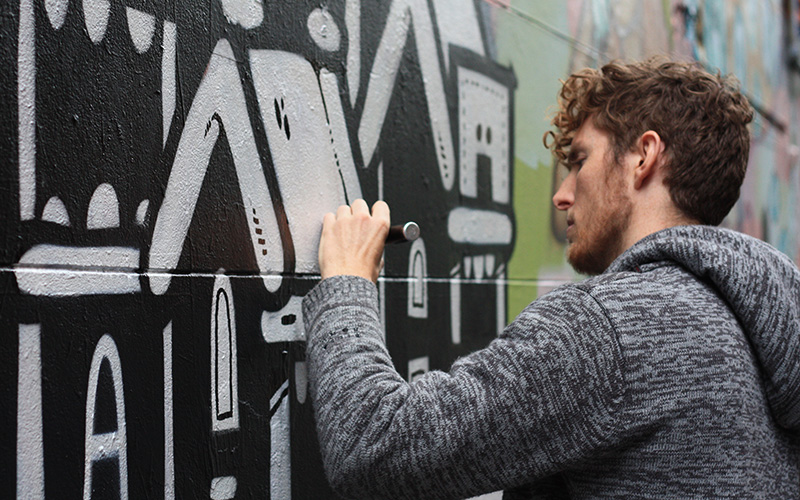 Blue was awarded the Aurealis Award in the graphic novel category, details here, and was listed as one of Salon.com’s ‘great graphic novels’ of 2012.

The story behind Blue – Readings