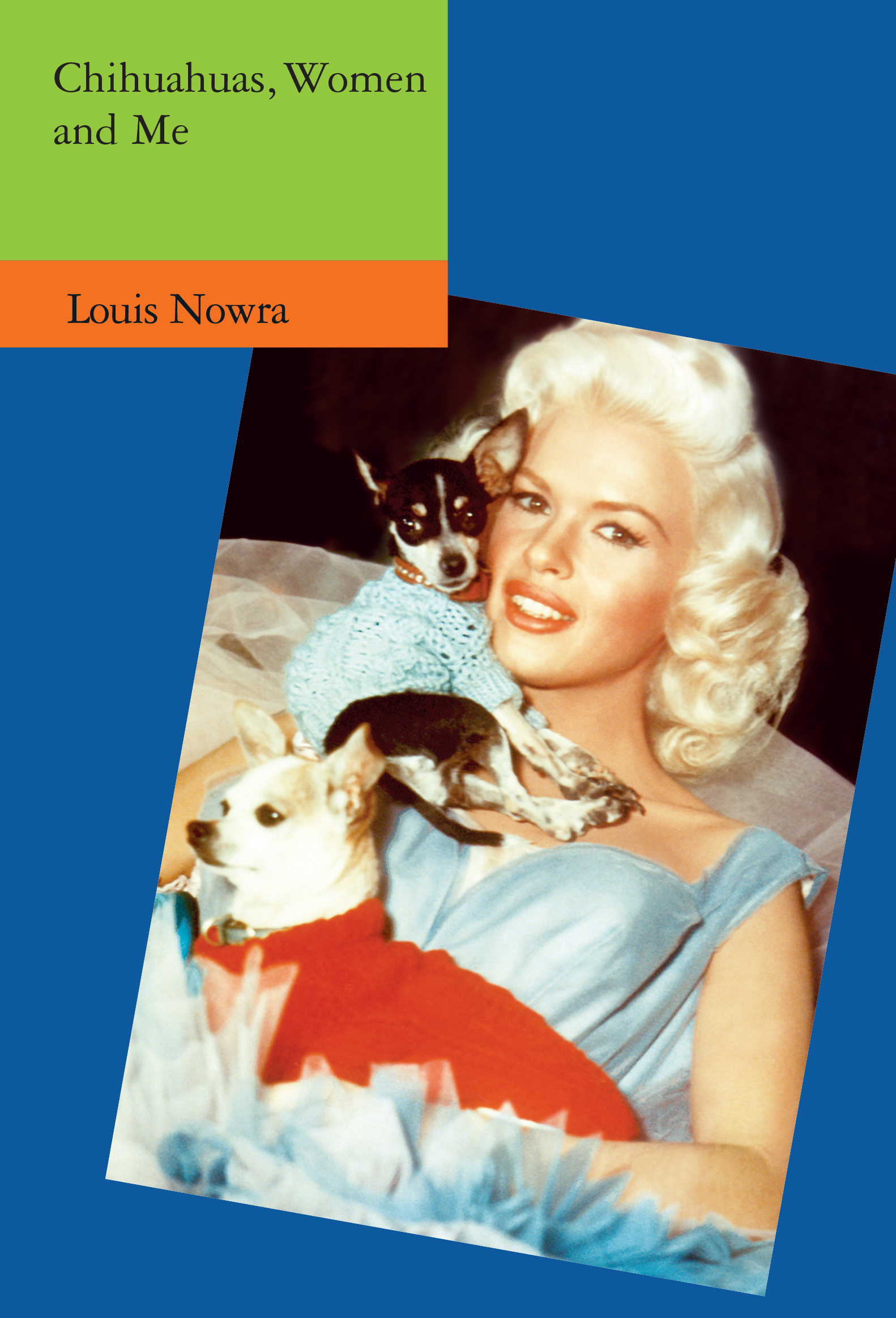 Chihuahuas, Women and Me

Looking back over these essays I am surprised at how revealing they are. Essentially this collection is a parade of my obsessions and enthusiasms and, as such, could be read as a memoir.Louis Nowra

There are three essays devoted to writing for theatre and film, which will be invaluable for audiences and practitioners alike, and a hilarious account of a drunken sojourn in the middle of winter in Moscow, searching for the heroic captain of a Cold War Russian submarine, whom the actor Harrison Ford would later come to play in the film K-19.

One of the most controversial essays describes the tendency of women human rights activists to become sexually attracted to the men in detention centres that they visit. Others are personal and idiosyncratic – an essay on noise and how English would have sounded to the Aboriginals who heard it for the first time; another on Nowra’s own obsessive habit of cutting out ghoulish stories from the newspapers, and collecting them in his notebooks.

Although Louis Nowra is primarily known as a great Australian dramatist, and a screenwriter of international repute, he is also one of our most provocative essayists, tackling taboo subjects and burrowing deep into the eccentric corners of human behaviour.