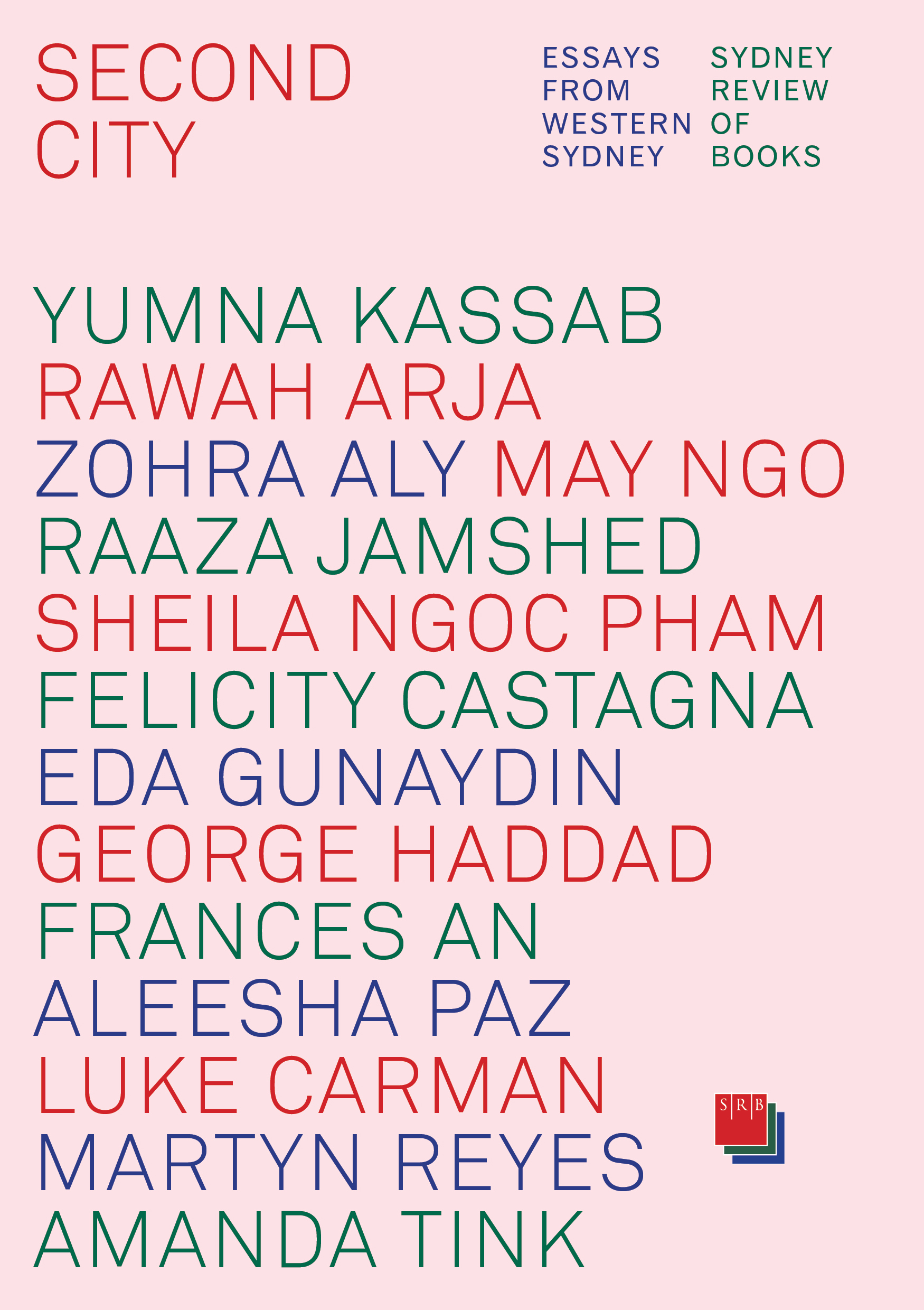 Beginning with Felicity Castagna’s warning about the dangers of cultural labelling, this collection of essays takes resistance against conformity and uncritical consensus as one of its central themes. From Aleesha Paz’s call to recognise the revolutionary act of public knitting, to Sheila Ngoc Pham on the importance of education in crossing social and ethnic boundaries, to May Ngo’s cosmopolitan take on the significance of the shopping mall, the collection offers complex and humane insights into the dynamic relationships between class, culture, family, and love. Eda Gunaydin’s ‘Second City’, from which this collection takes its title, is both a political autobiography and an elegy for a Parramatta lost to gentrification and redevelopment. Zohra Aly and Raaza Jamshed confront the prejudices which oppose Muslim identity in the suburbs, the one in the building of a mosque, the other in the naming of her child. Rawah Arja’s comic essay depicts the complexity of the Lebanese-Australian family, Amanda Tink explores reading Alan Marshall as a child and as an adult, while Martyn Reyes combines the experience of a hike in the Dharawal National Park and an earlier trek in Bangkong Kahoy Valley in the Philippines. Finally, Yumna Kassab’s essay on Jorge Luis Borges reminds us that Western Sydney writing can be represented by no single form, opinion, style, poetics, or state of mind.

To celebrate the launch of Second City, we’re offering a special bundle that includes both the new anthology and The Australian Face (2017), a collection of critical essays from the Sydney Review of Books.

Normally valued at $56.94, this bundle is offered at $40 (postage is free within Australia).

This book oﬀers portholes into the places where writing happens and portals to the new worlds and ways of living it might create. These essays bear witness to the resilience required to commit to the writing life – and to the vital transformative possibilities of literature, for writers, for readers and our culture.