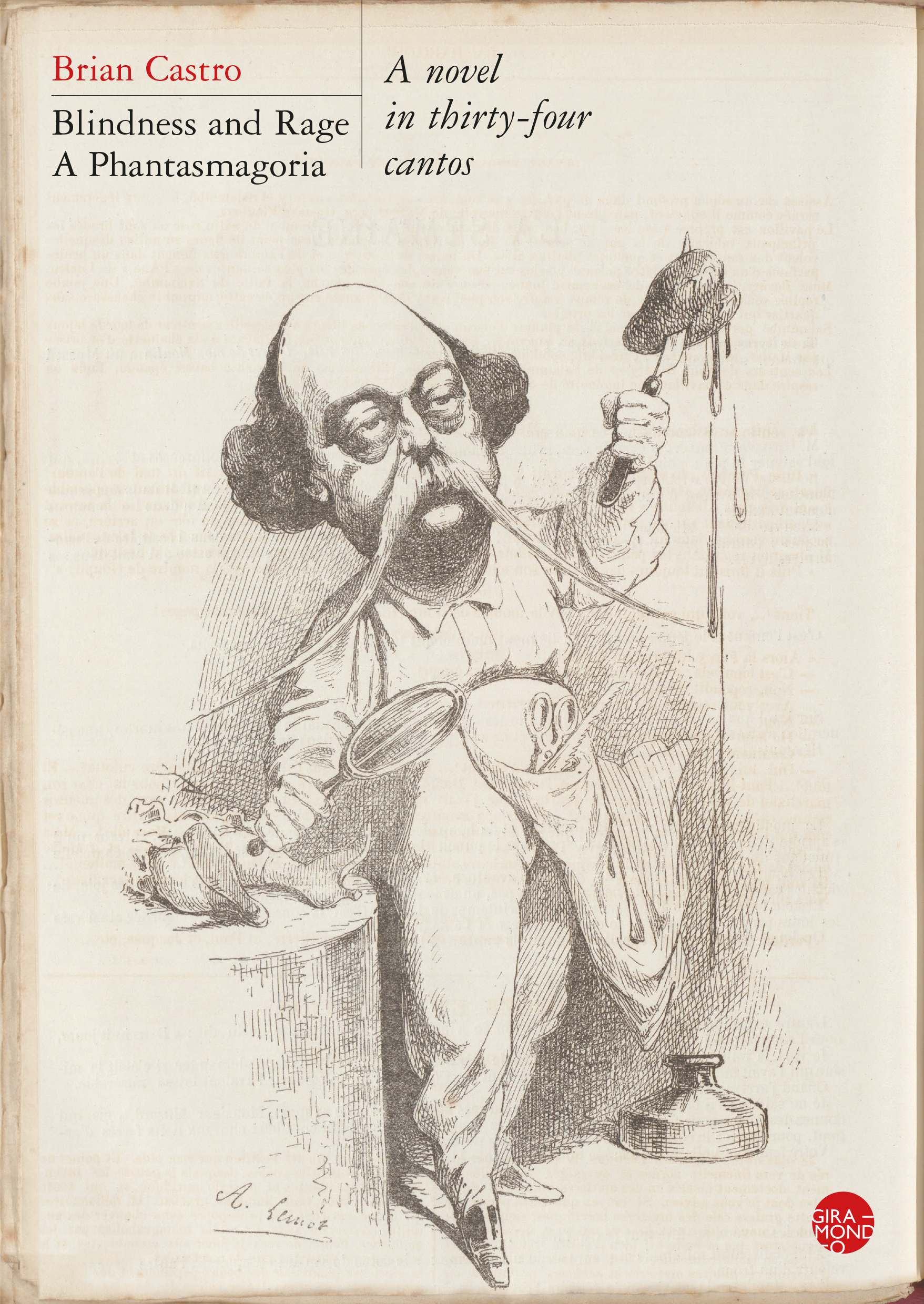 Blindness and Rage: A Phantasmagoria

A Novel in Thirty-Four CantosBrian Castro

Suffering from a fatal disease, Lucien Gracq travels to Paris to complete the epic poem he is writing and live out his last days. There he joins a secret writers’ society, Le club des fugitifs, that guarantees to publish the work of its members anonymously, thus relieving them of the burdens of life, and more importantly, the disappointments of authorship. In Paris, Gracq finds himself crossing paths with a parade of phantasms, illustrious writers from the previous century – masters of identity, connoisseurs of eroticism, theorists of game and rule, émigrés and Oulipeans. He flees from the deathly allure of the Fugitives, and towards the arms of his beloved – but it may be too late.

Written in thirty-four cantos, Blindness and Rage recalls Virgil and Dante in its descent into the underworld of writing, and Pushkin’s Eugene Onegin with its mixture of wonder and melancholy. The short lines bring out the rhythmic qualities of Castro’s prose, enhance his playfulness and love of puns, his use of allusion and metaphor. Always an innovator, in Blindness and Rage he again throws down a challenge to the limits of the novel form.

Meanjin: an edited excerpt from the 2019 ASAL Patron’s Lecture, ‘Detours and Divagations: Consciousness, Otherness and Hospitality’

Winner of the 2018 Mascara Avant-garde Award for Fiction

Winner of the 2018 Prime Minister’s Literary Award for Poetry

Gerald Murnane won the Fiction category with his ‘perfectly formed short work’, Border Districts, and Castro won the Poetry category with his verse novel, Blindness and Rage: a Phantasmagoria, described by the judges as ‘notable for its mordant wit, its rich allusiveness and the invigorating fluency of its verse’.

We are pleased to announce that four titles published by Giramondo have been shortlisted for this year’s Prime Minister’s Literary Awards.

Berry’s Mirror Sydney has topped the nonfiction category, and Castro’s Blindness and Rage: A Phantasmagoria has won for fiction t the 2018 Mascara Avant-garde Awards.

Brian Castro will attend this year’s International Literature Festival being held in Berlin. Castro has been selected to attend the festival as part of the Literatures of the World program, which features world-renowned authors as well as new discoveries from the fields of prose and poetry.