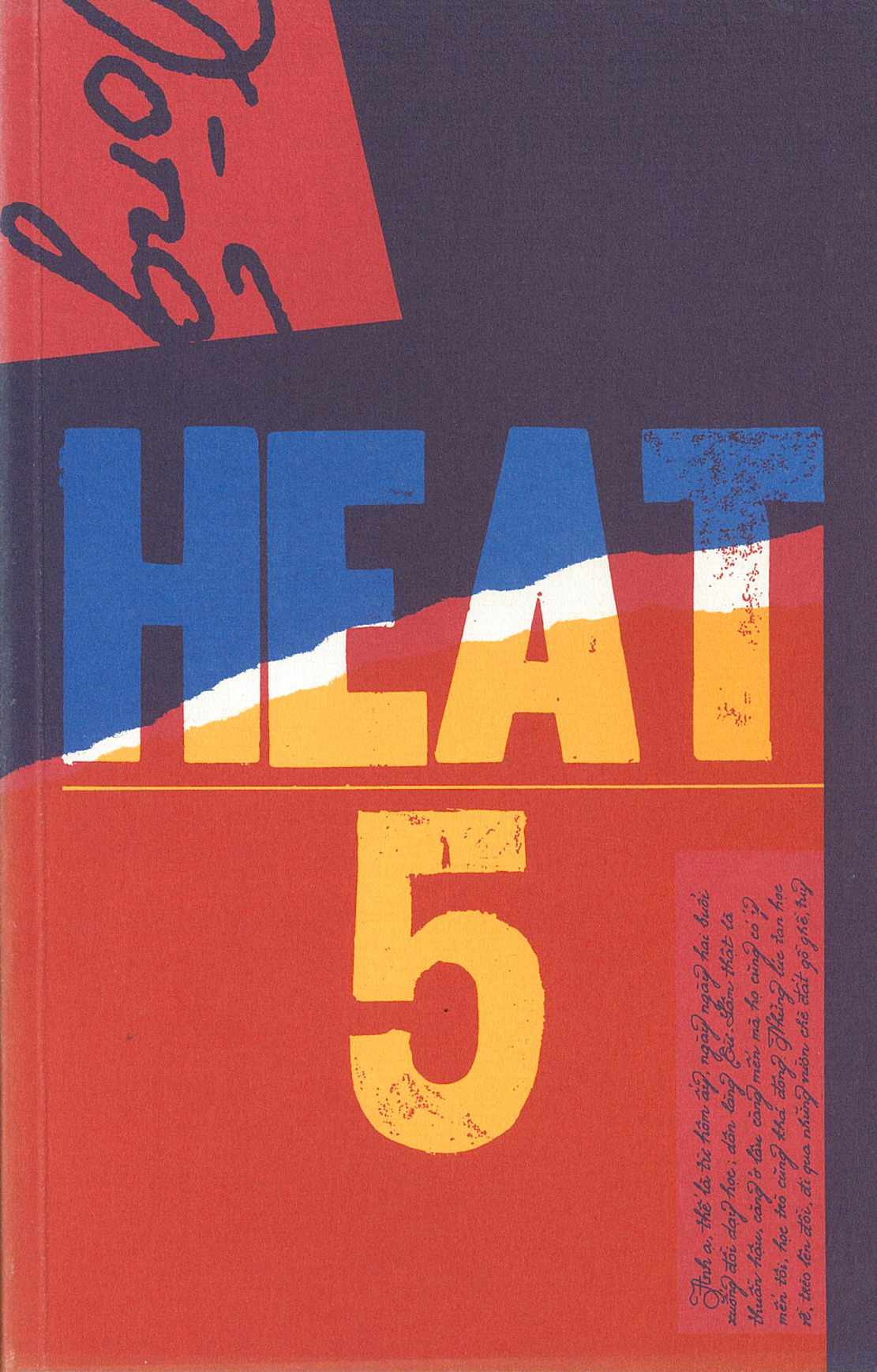 HEAT 5 dwells on the political dimension of culture, now that the spectre of racism is abroad again in the land.

Vietnam provides one focus, with excerpts from American poet George Evans’ novel on the Vietnam War contrasted with French and Vietnamese fiction from the period of French colonial rule. The themes of cultural conflict and solidarity, decline and renewal, are explored in Gustaf Sobin’s essay on the Roman aqueduct at Nimes and Don Miller’s essay on “Neighbours and Strangers”; in short stories by Bruce Pascoe and the Filipino-Australian dramatist Merlinda Bobis; in the confrontation with racism in chapter 4 of Anna Couani’s serial novel The Western Horizon and Peter Lyssiotis’s photo essay “Whose”; and in the poems about war, friendship, and cultural influence by John Forbes, John Millett, Jennifer Maiden, Adam Aitken, William Bronk and Clayton Eshleman.

Other highlights include Nicholas Jose’s essay “On Reticence”, Ken Bolton and Gig Ryan on the less savoury aspects of Les Murray’s Subhuman Redneck Poems, discussions of French novelist Andreï Makine and Chinese poet Sun Wenbo, and Jackson Mac Low and Chris Mann at the cutting edge of language. Noel McKenna contributes a series of linocuts on the theme of “Play”, and there is new poetry by Peter Skrzynecki, Pam Brown, Myron Lysenko, Meera Atkinson and Kate Whitfield.