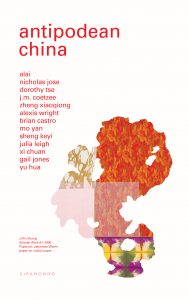 Antipodean China is a collection of essays drawn from a series of encounters between Australian and Chinese writers, which took place in China and Australia over a period of almost ten years, from 2011. The engagement between the writers could be defensive, especially given the need to depend on translators, but as each spoke about the places important to them, their influences and the literary forms in which they wrote, resemblances between them emerged, and the different perspectives contributed to a sense of common understanding, about literature, and about the role of the writer in society. In some cases the communication was even stronger, as when the Tibetan author A Lai speaks knowingly about Alexis Wright’s novel Carpentaria, and the two winners of the Nobel Prize for Literature, Mo Yan and J.M. Coetzee, discuss what the Nobel meant for each of them.