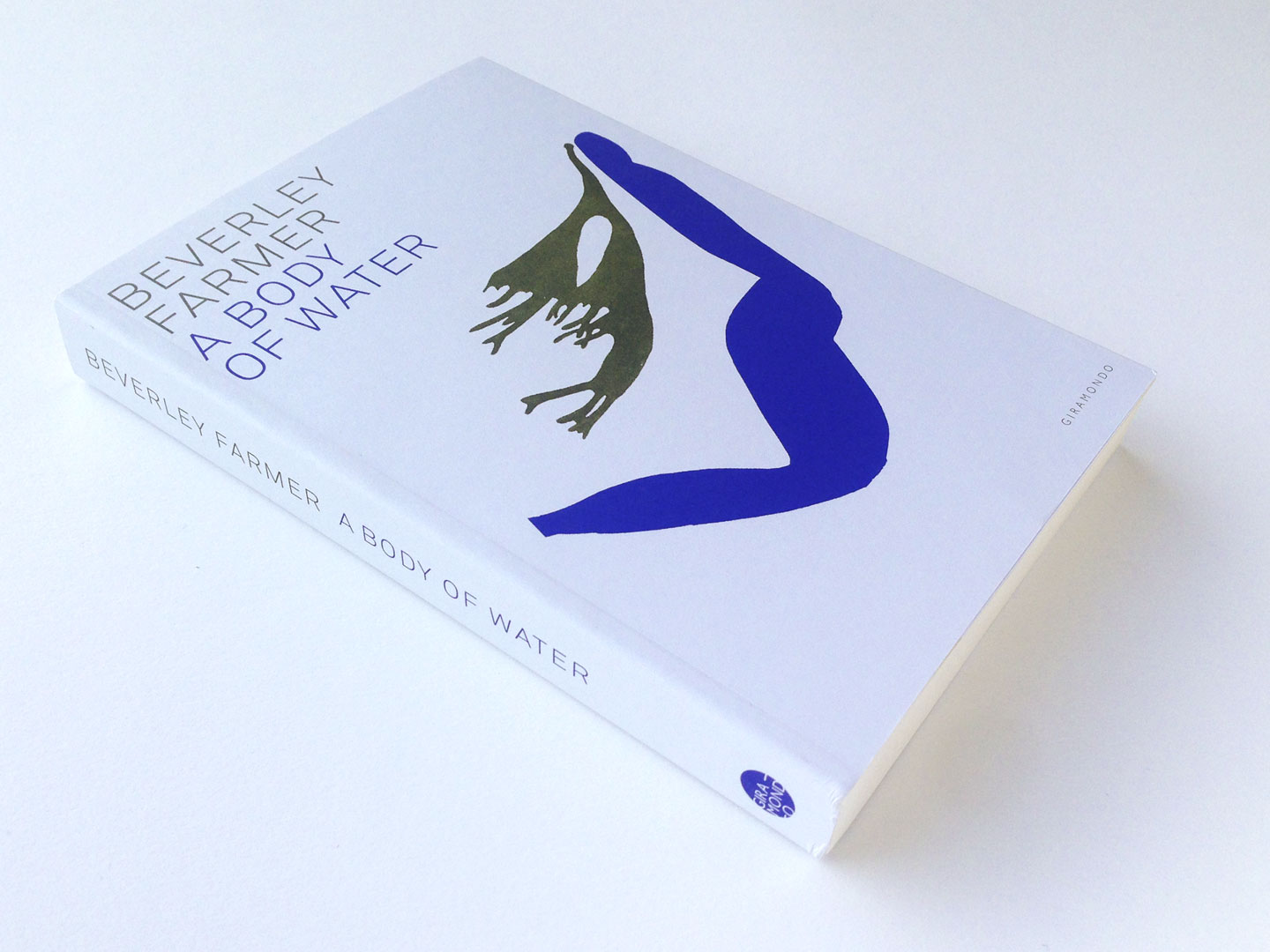 We’re delighted to share the news that Dr Jenny Grigg has won the ABDA award for Best Designed Literary Fiction Cover for her work on A Body of Water by Beverley Farmer. The judges praised ‘the understated simplicity‘ of Grigg’s cover, with its ‘minimal means but maximum effect’.

Grigg designed the cover for this new edition of Beverley Farmer’s out-of-print classic A Body of Water, which in its mixing of genres – essay, memoir, fiction, folk tale – opened up new frontiers for Australian literature.

Early versions of the design responded to a quote from Wittgenstein in A Body of Water:

Human beings are like rivers: the water is one and the same in all of them but every river is narrow in some places, floes swifter in others; here it is broad, there still, or clear, cold, or muddy or warm. It is the same with men. Every man bears within him the germs of every human quality, and now manifests one, now another, and frequently is quite unlike himself, while remaining the same man.

A second point of reference from A Body of Water was Henri Matisse’s 1914 painting Intérieur, bocal de poissons rouges (Interior with a Goldfish Bowl). The shape suggests Farmer herself, in its female form, and also a vase, and contains textures to reflect Farmer’s affinity with the sea. The fish were eventually removed to reference Farmer’s ‘body of water’ more directly than the Matisse painting.

Responding to a photograph of Farmer sitting on a rock by the sea, an alternate reference to a mermaid was conceived, collaging a fragment of seaweed and a rotated section of Matisse’s cutout Blue Nude with Hair in the Wind. Whether diving out of frame, or weightless and floating seahorse-like – the final design was chosen from these and other possibilities for its clarity and vigour. The collaging of shape and colour are relatively inexpensive, expressive tools in the context of book cover design.

In her ABDA entry, Grigg describes the rationale for her final design:

The cover design is a visual metaphor for the title and the fugitive spirit of the author as she reflects about her life in her 46th year, living alone by the sea after the failure of her marriage. The juxtaposition of a section of a Matisse cut-out, and a piece of seaweed portray her as a mermaid. Matisse is a theme within the book, and seaweed signifies her life lived by the sea. Throughout, one is aware of the writer’s own body, as an entity which shifts its identity like water, with its changes of mood, relationships and reflections.

Grigg is Giramondo’s publication designer and a lecturer in the School of Design at RMIT University. She has won multiple design awards, a 2011 State Library Victoria Creative Fellowship and induction into the Design Institute of Australia’s Hall of Fame in 2020. Her design for A Body of Water was also a finalist in the 2020 Australian Graphic Design Association Awards.