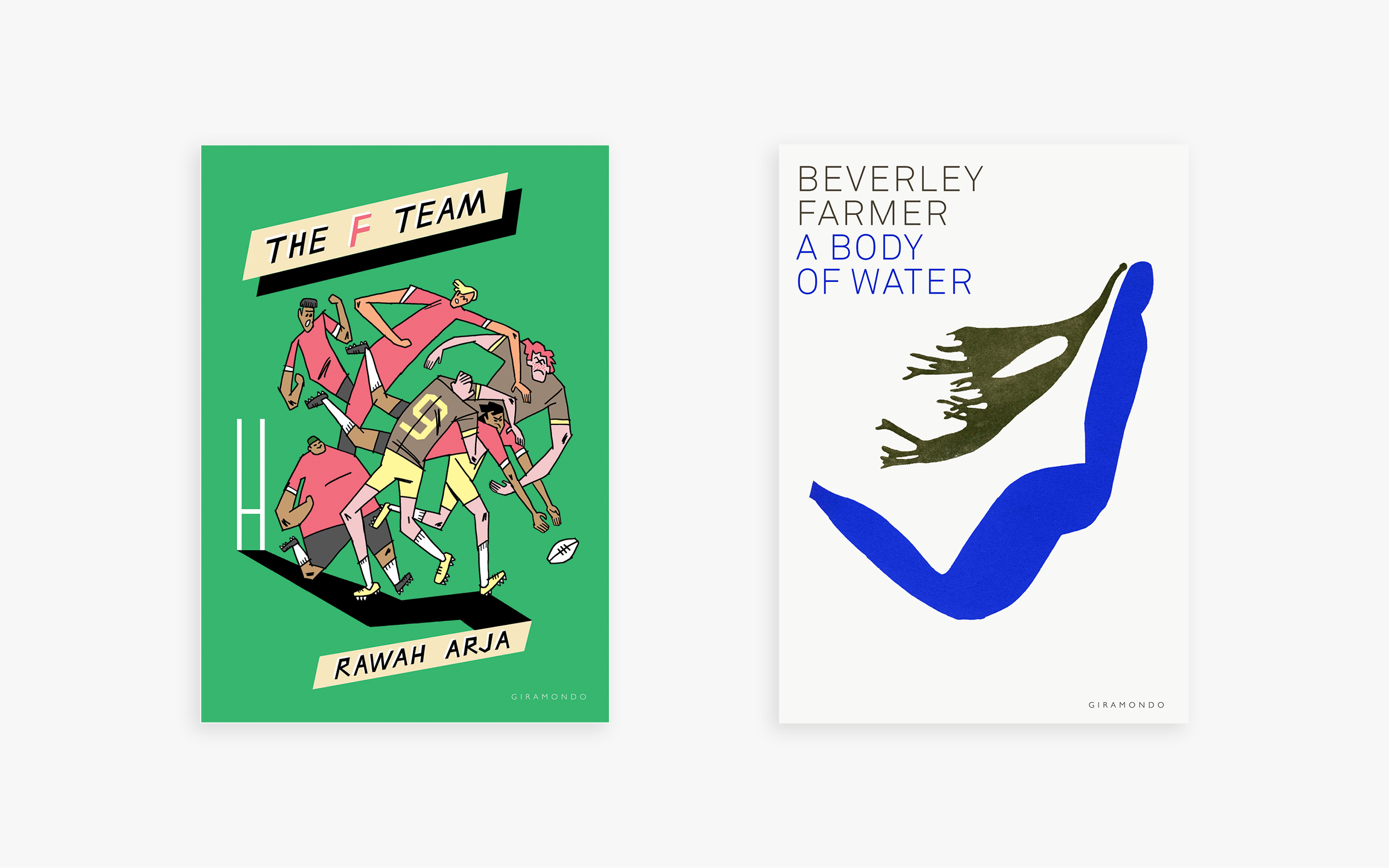 The shortlisting of our designer Jenny Grigg, for Beverley Farmer’s A Body of Water, and illustrator Ben Juers for Rawah Arja’s The F Team I take as recognition of the important role design plays in the production of Giramondo’s books. Both Jenny and her predecessor Harry Williamson, who did much to establish Giramondo’s reputation as a literary publisher, have been honoured as members of the Design Institute of Australia Hall of Fame. I have always felt that literary quality demands quality in design as its partner.

Jenny’s design for A Body of Water is a distinctively contemporary homage to Henri Matisse, whose painting Vase with red fish plays an important role in a short story embedded in the mosaic which has made Farmer’s work a classic of Australian literature. At the same time, it expands the resonances of Farmer’s title, A Body of Water.

Ben’s cartoon-like representation of the clash of young football titans on the cover of The F Team captures the combination of energy, social tension and comedy though which Rawah’s novel has expanded the range of Young Adult fiction, just as it makes its own dynamic contribution to the cover-design possibilities for this popular genre.