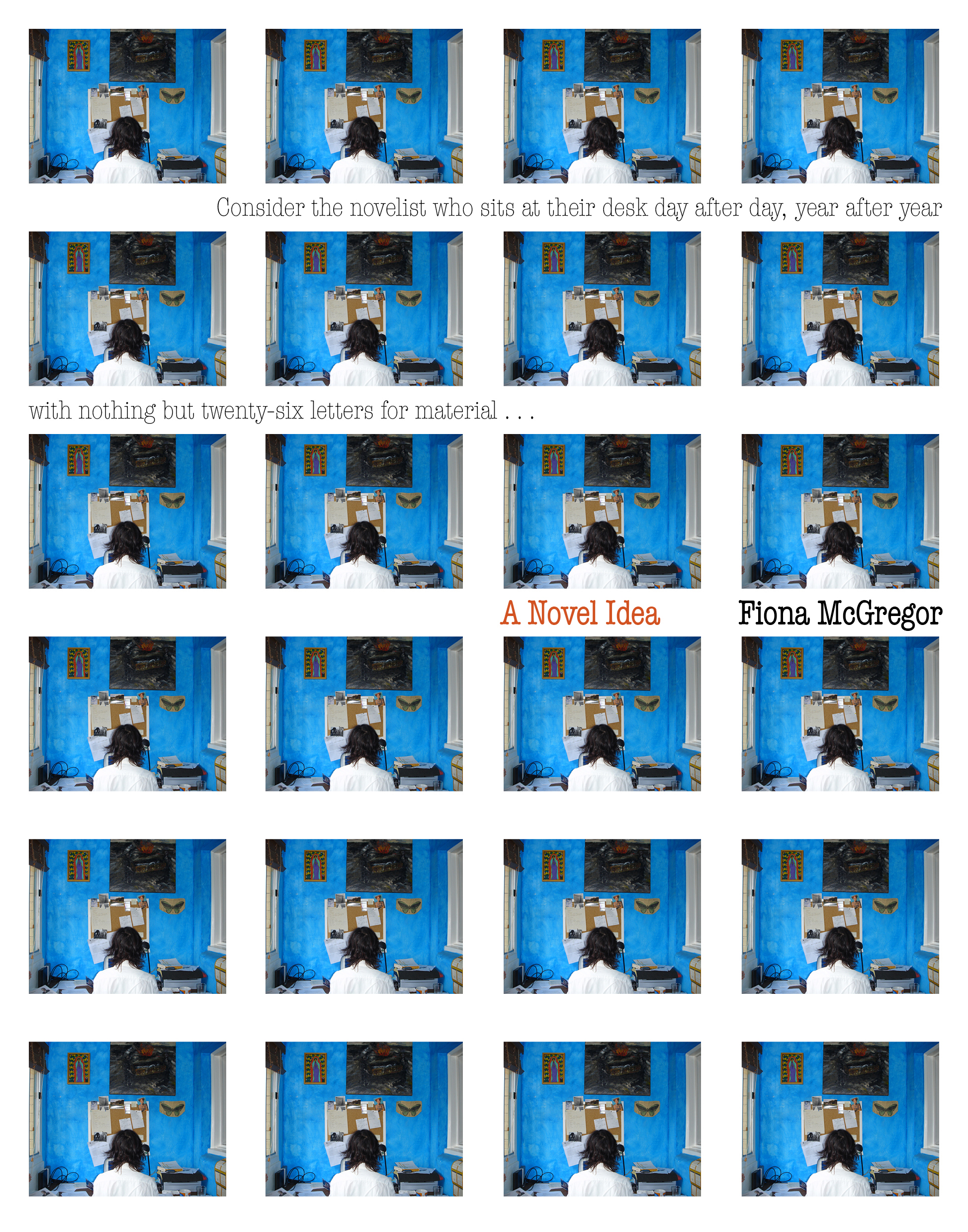 An intimate photographic portrait of a writer’s working life

A unique, intimate portrait of a writer’s working life, as experienced by one of Australia’s most highly regarded novelists and artists.

A Novel Idea is a memoir in photoessay form that follows Fiona McGregor’s life as she writes her award-winning novel Indelible Ink. It is a tongue-in-cheek rumination on the monotony and loneliness of the novelist’s daily life, and the act of endurance the writer must perform.

Through an extended sequence of photographs taken on a hand-me-down camera, accompanied by terse, evocative captions, the book spans several years of labour and procrastination, elation and despair. The details of the outside world intrude as McGregor works on the novel alone in her Bondi flat, with nothing but a desk, a pin-board, a laptop and a cat, and in studio spaces in Berlin and Estonia.

McGregor’s voice is wry, vulnerable, at times caustic, capturing the colloquial qualities of her fiction and the durational nature of her performance art via the ephemeral and essential thoughts that take up an author’s days, weeks, and years.

Fiona McGregor has published six books, including Indelible Ink, which won the Age Book of the Year and was shortlisted for several other awards; Strange Museums, the memoir of a performance art tour through Poland; the short story collection Suck My Toes, which won the Steele Rudd Award; and the underground classic chemical palace. Her most recent titles are the essay collection Buried Not Dead and the photo-essay A Novel Idea, both published by Giramondo.

A unique insight into the often rarefied process of writing.