‘These places were like resistors on a circuit board. My thoughts stuck to them. They had auras: each gave me a strong feeling that there was, embedded amid the everyday, an order of unpredictable things.’

In her delicately wrought essays and hand-drawn maps, Vanessa Berry describes her encounters with unusual, forgotten or abandoned places in the city in which she was born and raised, using their details to open up repositories of significance, and to create an alternative city, a Mirror Sydney, illuminated by memory and imagination. She writes at a time when Sydney is being disassembled and rebuilt at an alarming rate. Her determined observation of the over-looked and the odd, the hidden and the enigmatic – precisely those details whose existence is most threatened by development – is an act of preservation in its own right, a testament to what she calls ‘the radical potential of taking notice’.

Berry’s work combines a low-fi DIY approach with an awareness of the tradition of philosophical urban investigation. Her unique style of map illustration was developed through the making of zines and artworks, collaging detailed line drawings with text from typewriters and Letraset.

‘Conjuring up a shadow city of forgotten fantasies and dreams, Mirror Sydney offers similar pleasures to David Ulin’s walker’s Los Angeles or Iain Sinclair’s dispatches from a rapidly changing London. I found my heart jumping with joy as it brought parts of my lost city back to life.’ Delia Falconer

Paperback with flaps / illustrations and maps 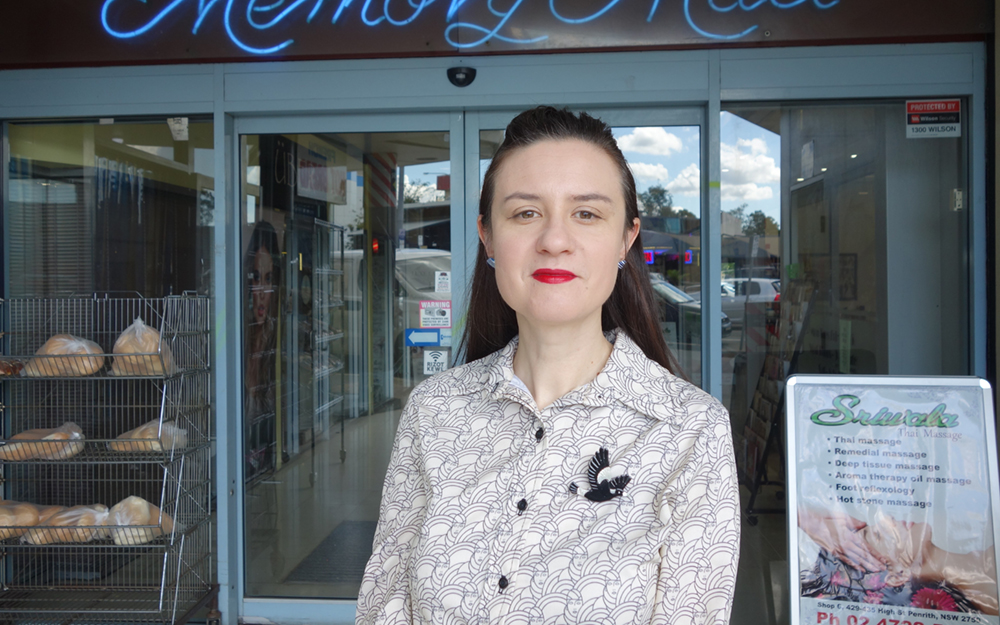 Vanessa Berry is a Sydney writer and artist who works with history, memory and archives. She is the author of the memoir Ninety9 (Giramondo 2013), the 'autobiographical almanac' Strawberry Hills Forever (Local Consumption 2007) and Mirror Sydney (Giramondo 2017), an essayistic atlas exploring the city’s marginal places and undercurrents. The book, which grew out of a blog of the same name she began in 2012, won the 2018 Mascara Review's Avant-garde Award for nonfiction, and was longlisted for the 2018 ABIAs and Waverly NIB Award. Her zines and hand-drawn maps have been exhibited in the Museum of Contemporary Art, the National Gallery of Australia and the Museum of Sydney. Her longest-running zine, I Am a Camera, was first issued in 1999.

The Australian: review by Louis Nowra

The Lifted Brow: a review in hypertext