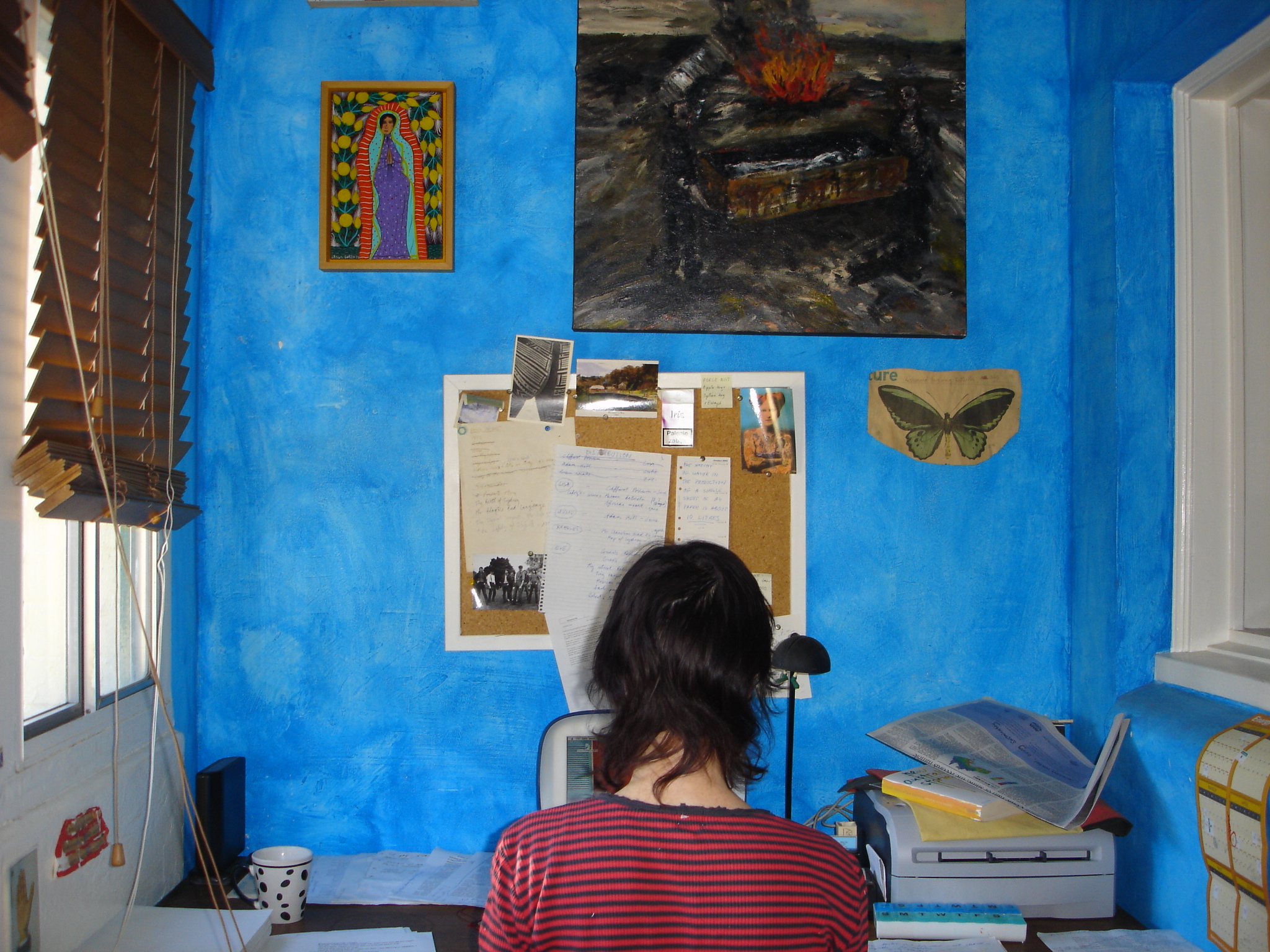 Giramondo to publish A Novel Idea by Fiona McGregor

Giramondo has acquired A Novel Idea, a new book by author and performance artist Fiona McGregor. The book, a photoessay memoir that depicts McGregor’s writing of her Age Book of the Year award-winning novel Indelible Ink, will be published in March 2019. World rights were sold to Giramondo by Jane Novak.

Giramondo Commissioning Editor Nick Tapper said of the acquisition: ‘We’re delighted to be publishing A Novel Idea, which brings photography into dialogue with Fiona McGregor’s prose writing and performance work. The photoessay is a much-neglected genre, but Fiona turns and modifies it in unexpected ways, bringing her own sense of rhythm and intensity to the work. She gives an honest and moving, and very funny, self-portrait over years of artistic labour, showing the work of the writer in a way not seen before.’

A Novel Idea is a photoessay about the process of writing a novel. Begun four years into the writing of McGregor’s Age Book of the Year Award-winning novel Indelible Ink, it is a tongue-in-cheek rumination on the humdrum and loneliness of the novelist’s daily life, and the act of endurance which the writer must perform. Using text, and photographs taken on a hand-me-down camera, the book creates an in-depth portrait over several years of labour and procrastination, joy and despair. She works on the novel alone in her flat in Bondi with nothing but a desk, a pin-board, a laptop and a cat. McGregor also travels to Berlin and Estonia, and the book captures details of the world outside as they intrude. McGregor’s voice is wry, vulnerable, at times caustic, capturing the colloquial qualities of her fiction and the durational nature of her performance art via the ephemeral and essential thoughts that make up an author’s days, weeks, years.

Fiona McGregor is a Sydney author and performance artist. Since 1993, she has published five books, including Indelible Ink, which won The Age Book of the Year Award and was shortlisted for the Indie Book awards, the Barbara Jefferis Award, and the Western Australian Premier’s Awards. Her other books include Strange Museums, a travel memoir of a performance art tour through Poland, the short story collection Suck My Toes, which won the Steele Rudd Award, and the underground classic chemical palace.