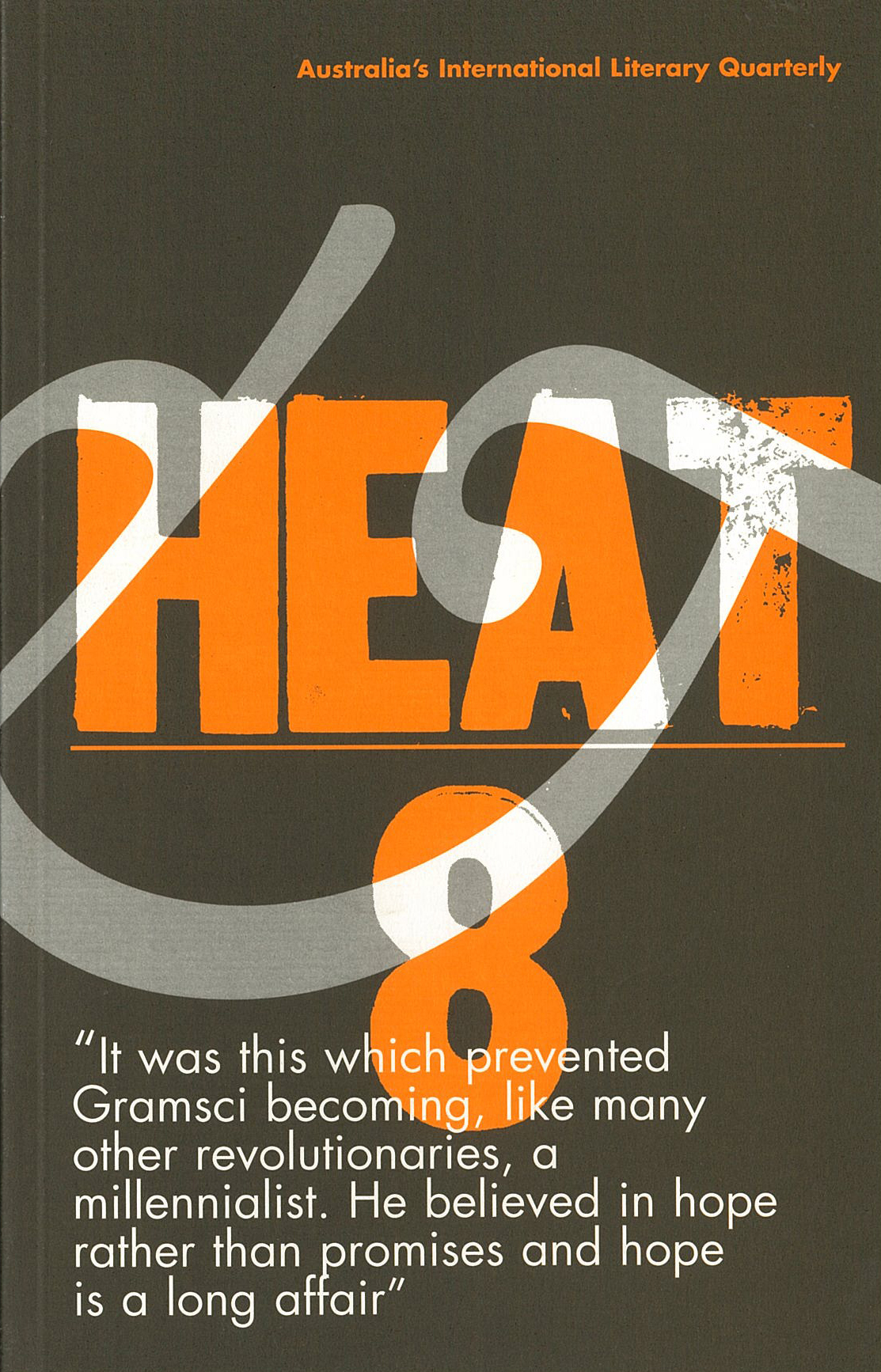 HEAT 8 presents essays by the distinguished art critic and novelist John Berger, and the poet Gustaf Sobin, both of whom focus on megaliths, the one from a political, the other from a lyrical perspective.

There’s an essay too by Durs Grünbein, on Dresden under East German rule. Grünbein was born in Dresden in 1962, but now lives in Berlin. In 1995 he won the Georg Büchner prize, Germany’s most prestigious literary award.

These contributions are set alongside the best in contemporary Australian writingin this issue, a chilling monologue by dramatist Stephen Sewell, a new sequence of poems by Dorothy Porter, a meditation on the fate of writers in the Soviet Union by Subhash Jaireth, the seventh chapter of Anna Couani’s serial novel, and Ivor Indyk’s assessment of the poetry of John Forbes, who died in January. Artist Imants Tillers offers five portraits of novelist Murray Bail, there is art work by Jacqueline Rose and new poetry by Emma Lew, Adam Aitken, Peter Rose, Gig Ryan, John Tranter, Paola Bilbrough, Adrian Wiggins, Dipti Sara, Joanne Burns and Jeltje, as well as reviews of Artaud and Nerval, “Il Neoitaliano” and new Australian poetry and fiction.

Bartoloni on Il Neoitaliano, Wallace-Crabbe on McMaster & Zwicky, Huppatz on Artaud and Nerval, Van Toorn on Mudrooroo, Geczy on Jones, McCredden on Bolton, Schultz on Brown, Uhlmann on Macris