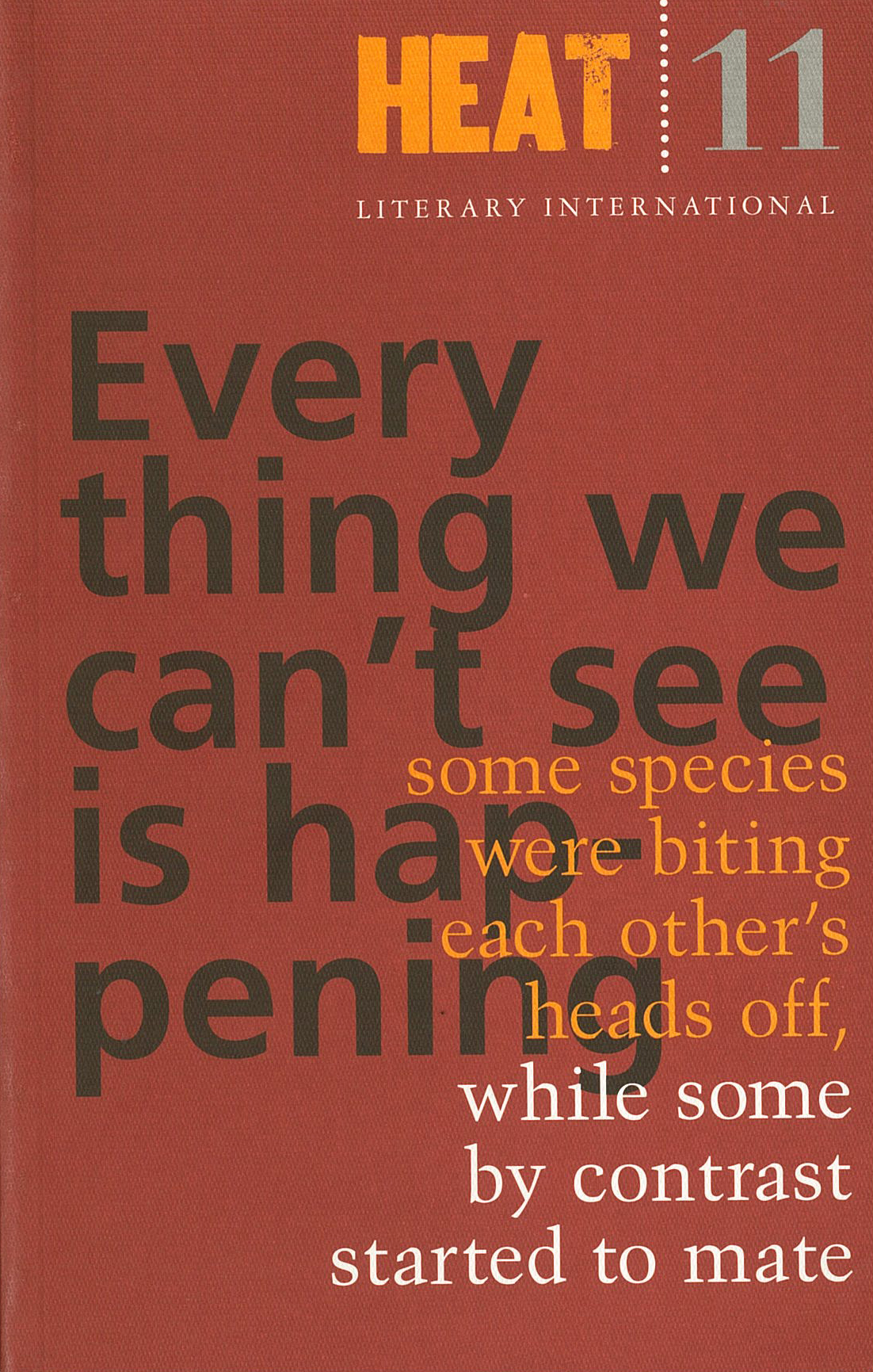 The new book-length HEAT 11 opens with a section devoted to fairy tale and dream, with fiction and poetry by Mandy Sayer, Doris Brett, Julia Casterton and Robert Adamson, and three translations by Alberto Manguel from Jorge Luis Borges, Antonio Tabucchi and Michel Tournier.

Then follows a group of pieces which all deal in some way with animals-a series of Zoo Poems by English poet Lavinia Greenlaw, a prize-winning story by Gillian Mears which circles around canaries and bird-cages, a retelling of Noah’s Ark by Pia Tafdrup, one of Denmark’s most prominent poets, and three further adventures in the life of poet J.S Harry’s philosophical rabbit hero, Peter Henry Lepus.

A third section deals with cross-cultural encounters: Brian Castro teams up with artist Peter Lyssiotis to deliver a cry from the heart of Asian Australia; there is an exclusive preview from Kate Grenville’s new novel The Idea of Perfection; Abbas El-Zein explores the logic behind the blood-letting Muslim ritual of Ashura; and cultural studies professor Stephen Muecke travels to the Andaman Islands.

The second half of the book features an intimate photographic essay by Sandy Edwards on the theme of “first love”, 14 Days in the Life of a Heart by English novelist Deborah Levy, and translations of three important poets from Poland, Indonesia and Denmark: Julian Kornauser, Dorothea Rose Herliany and Morten Søndergaard. Art critic and novelist George Alexander writes on the overlooked Irish novelist, Aidan Higgins, Anna Couani offers Chapter 10 of her told-to -the-minute serial The Western Horizon – and just to prove that HEAT can do everything an ordinary magazine can do and more, there is a feature on sport, with David Matthews’ portrait of Aussie Rules star Tony Lockett, and Bernard Cohens’ two cricket stories. And that’s not all, with poetry and reviews by Cassie Lewis, Emma Lew, Judith Bishop, Gregory O’Brien, Jim Potts, John Mateer, Dmetri Kakmi, David McCooey and many others…

Fairy Tales. The Dark. The Light.

When the Sydney Swans met the Hawthorn Football Club at the Sydney Cricket Ground in May last year, the game was a strange kind of anti-football: topsy-turvy, through the looking glass.
Read more