Dong Li is a multilingual author who translates from Chinese, English, French and German. He is the English translator of The Wild Great Wall (Phoneme Media, 2018) by the Chinese poet Zhu Zhu, the German co-translator (with Lea Schneider) of Gesellschaft für Flugversuche (Carl Hanser Verlag, 2019) by the Chinese poet Zang Di and the Chinese translator of《相伴》Be With (East China Normal University Press, 2021) by the American poet Forrest Gander. For his own literary projects, he has received fellowships from Akademie Schloss Solitude, Camargo and Humboldt Foundations, and Yaddo. As a translator, he has received support from a PEN/Heim Translation Grant, Ledig House, Henry Luce Foundation/Vermont Studio Center, and The American Literary Translators Association. 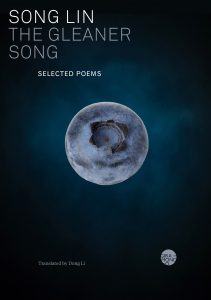 The Gleaner Song spans four decades of work by one of China’s most innovative poets. Through the experience of displacement and exile following the Tiananmen protests, Song Lin’s poetry weaves through an unusual range of influences, absorbing them all and making them his own.