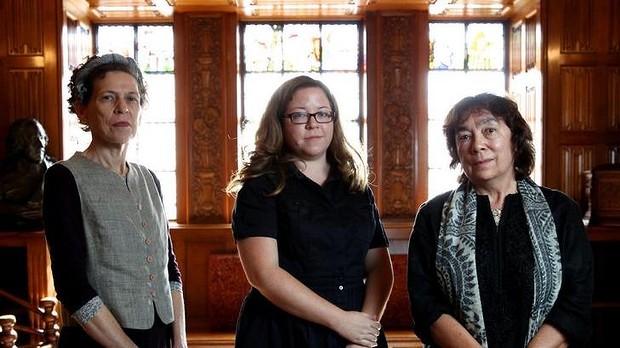 The Swan Book by Alexis Wright has been shortlisted for the 2014 Miles Franklin Awards. In their citation, the judges said

At some future date, in an Australia ravaged by the effects of climate change, the first Aboriginal Prime Minister, Warren Finch (aka ‘god’s gift’), takes his ‘promise wife’, Oblivia Ethylene, from her home in the far north to live in a tower in a flooded and lawless southern city. On this scaffolding Alexis Wright builds her extraordinary novel, an epic, mythic and satirical tale that is a worthy successor to her previous prize-winning Carpentaria (2006).

Oblivia, who was gang raped as a child and cannot speak, is the guardian of the swans, which are the book’s presiding image of beauty and vulnerability. Oblivia’s guardians, in turn, are Aunty Bella Donna – a climate change refugee from Europe, who brings the girl to live with her, feeding her with swan stories from around the world – and an Aboriginal elder who calls himself the Harbourmaster.

The name of their dwelling place, Swan Lake, as well as the name of the Aboriginal elder’s pet monkey, Rigoletto, signal the witty mix of cultural icons that furnish Wright’s tale with global as well as local references. The narrative voice that Alexis Wright has crafted can span the languages of opera and popular song as well as rendering the rhythms and idioms of Aboriginal English – a complex, allusive narrative of speaking, singing, mourning and cracking jokes. The result is unlike anything we have heard before in Australian literature.

You can view the full shortlist here.