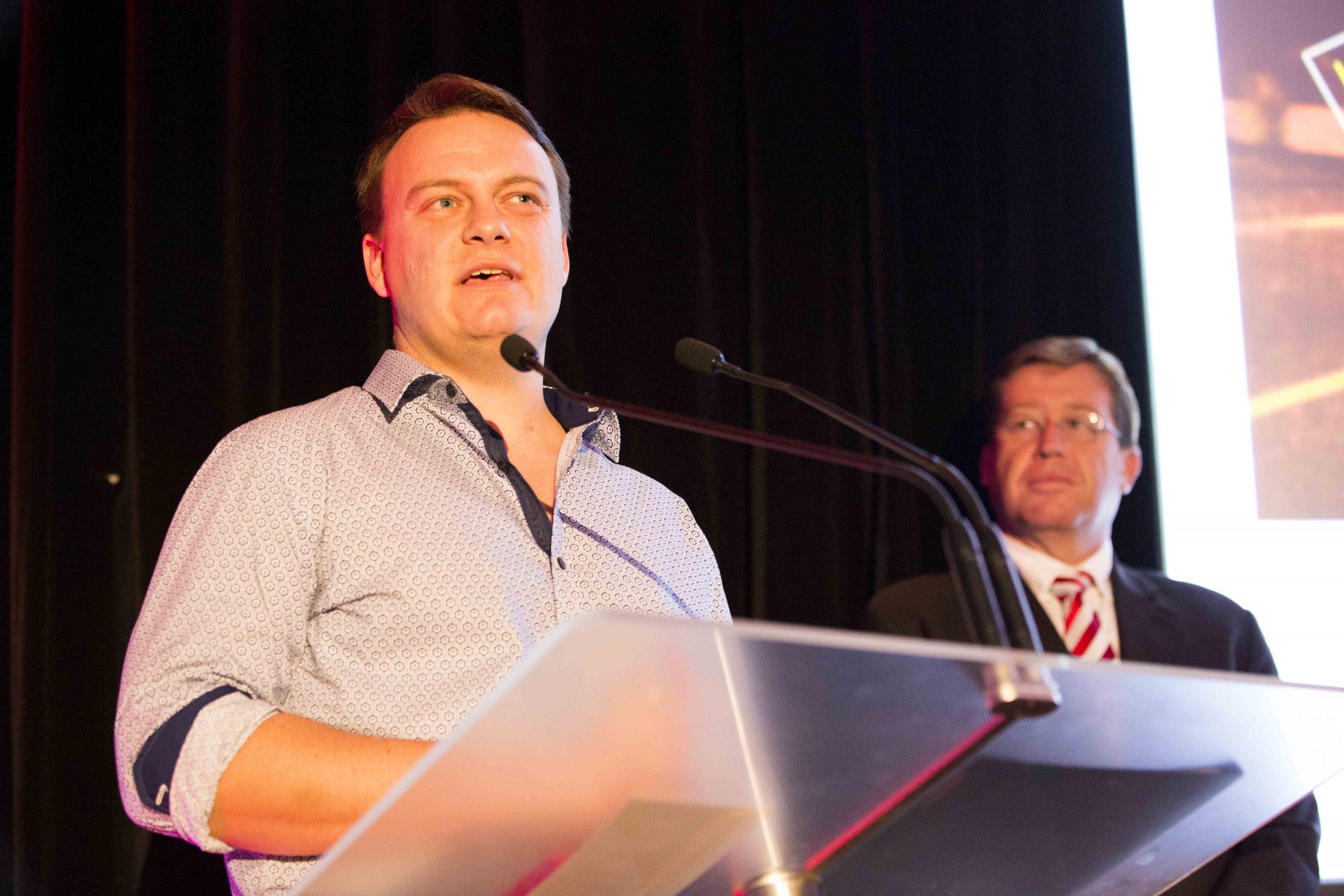 We are delighted that Luke Carman has won the UTS Glenda Adams New Writing Award 2015 at the NSW Premier’s Literary Awards.

The judges had this to say of Luke’s work:

Luke Carman’s witty collection of stories heralds a new, edgy and brilliant voice in Australian fiction. The elegant young man of the title is a well-read, acerbic character who goes by the name of Luke Carman. Immediately the writer’s erudition and craft are on display. Here we have a portrait of the artist as a young western Sydney man, failing repeatedly the machismo tests set by the street thugs and dealers of suburbs with the postcode 2170.

Through his unpretentious, playful stream-of-consciousness, the protagonist charts his own odyssey from Liverpool Boys High and the western suburbs to the more genteel, sophisticated inner west. Carman offers a cartography of the multiracial — and at times violent and drug-and-booze fuelled — neighbourhoods of western Sydney, and a map of the protagonist’s reading life. Kerouac, Ginsberg, Tolstoy, Whitman, Dylan Thomas and Hemingway sit alongside Nietzsche, Wittgenstein, Henry Rollins, Seinfeld and Penthouse.

Carman’s epigrammatic stories, so perfectly suited to Giramondo’s Shorts form, build in intensity and poignancy. After a rollicking, sometimes brazen and shocking romp through fraught geographical, cultural and racial terrain, we are left with the almost nostalgic suggestion that perhaps there can be no more true heroes – no great Ulysses – in our modern world. But, Carman suggests, you should not let that get you down. An Elegant Young Man shocks, delights, depresses and inspires.