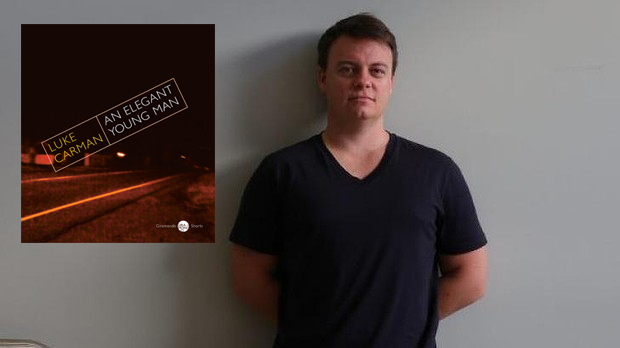 We’re delighted that Luke Carman has been named one of the Sydney Morning Herald‘s Best Young Novelists in 2014 for An Elegant Young Man.

The judges said that ‘Carman’s prose blends literature and popular culture, punk and poetry, and transforms this rich seam of influence into his own contagious voice with an admirable disregard for the distinctions of high and low art.’

In her interview, Linda Morris uncovered that:

Originally Luke Carman’s An Elegant Young Man carried the title How to Be Gay, which was his neighbour’s suggested title when Carman first revealed he wanted to be a writer.

The mocking, says Carman, sums up the sharp edges of masculine culture in western Sydney and the fact that literature carries so little credibility in suburbia. Which was unfortunate for Carman as a nerdy kid with a head for books not boxing gloves. At six or seven he used to read as a form of self-defence to keep his night terrors at bay. Reading eventually gave him insomnia.

In this collection of short stories and monologues, Carman wanders the streets of Granville, Mount Pritchard and Liverpool, observing fist fights under street lights, showdowns at all-night kebab shops and girls who offer their love for the cheapest exchange.