Dr Jing Han is senior lecturer and associate dean for international in School of Humanities and Communication Arts, Western Sydney University, and head of Subtitling Department of SBS TV Australia.

She received her PhD in English literature from the University of Sydney in 1995 and joined  the public broadcaster SBS in 1996. She leads the in-house subtitling department  in subtitling films and TV programs in over 100 languages into English. The content acquired and shown on SBS is from all continents around the world.

Over the last 23 years, Dr Han herself has subtitled over 300 Chinese programs and over 400 episodes of the most popular Chinese TV show If You Are The One.

Dr Han joined Western Sydney University in 2006 and has taught a range of translation and interpreting courses including Audiovisual Translation and Literary Translation for postgraduates. She is also a PhD supervisor, currently supervising three PhD students.

Dr Han has gained recognition as a leading expert in subtitling and intercultural communications through her significant and original contributions to the practice and teaching in the field. 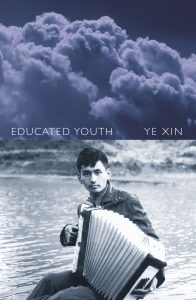