Duncan M. Campbell has taught (Chinese language, modern and classical; Chinese literature, modern and classical; and aspects of Chinese history and civilisation) at the University of Auckland, Victoria University of Wellington, and the Australian National University in Canberra. Between 2015–16, he was the June & Simon K.C. Li Director of the Center for East Asian Garden Studies and Curator of the Chinese Garden with The Huntington Library, Art Collections, and Botanical Gardens in San Marino, USA. The bulk of his research concentrates on the literary and material culture of late imperial China, with particular reference to the late Ming-early Qing period (1550s–1660s). 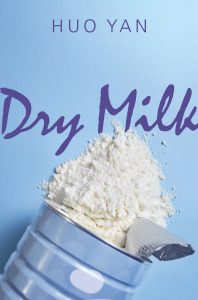 John Lee is a migrant from Beijing who has lived in Auckland for three decades. Formerly a librarian, he leads an increasingly lonely and misanthropic life, reduced to selling second-hand goods, and living in a marriage of convenience with his disabled wife, whom he treats with contempt. When he becomes infatuated with a young student who lodges in their house, and puts his life savings behind a scheme to export powdered milk to China, the dubious balance with which he has held his life together comes apart, and feelings of alienation and humiliation turn to violent obsession. The story of an immigrant alienated from his new home, both its New Zealand and Chinese communities, Dry Milk is a stark portrait of social isolation, and of the experience of some of those who left China after the Cultural Revolution.