I was probably around nineteen when I began to paint. I had dropped out of architecture at Queensland University in 1974, and one of the first images I remember doing was the view from the back steps of my parents’ house in Brisbane, sitting and painting the backs of the two houses from the street next to ours, which was called Whynot Street. (A few years ago I sold a painting to someone who lives in a house on Whynot Street in Brisbane.)

Over thirty years later, I am still doing houses…

My life has been in the suburbs, so it is pretty hard for me to avoid houses as subjects.

A person’s home does say something about the person; the colour it is painted, the style of architecture, garden design, fence. It all adds up to a vernacular portrait.

Many of the paintings featured here are of houses in the Sydney suburb of Merrylands. Merrylands was a suburb I had to go to and investigate, mainly because of its name. One of the first things I saw was ‘The Happiness Inn’, a Chinese restaurant which looked like it had been there for at least thirty years. It was an appropriate name for a restaurant in Merrylands.

Another reason I was drawn to this suburb was that I had read a newspaper story about residents who had built large devotional, religious structures there, and Holroyd Council were wanting to pull them down, as they had not submitted development applications for them.

I went on three quite long walks around Merrylands and found no religious structures which looked like the ones in the paper. But I was drawn to the older fibro houses in the suburb, which were of a pretty standard design, only differing from each other by colour, fence or garden design.

I began each walk at around 10 o’clock on a weekday, so there were not many people around, although one man, Tony, did come out of his lime green house to ask me what I was doing.

After I had I assured him that I was not a potential burglar, he told me how he’d bought his ’50s house back to heritage condition. His attention to detail was praiseworthy. He had used about seven different shades of green.

I also had a large untethered  pit bull terrier come charging at me, only to be saved by the dog’s inability to clear the fence.

I work from photos and sometimes in the glare of the sunlight I don’t know what I am shooting.

I went to Japan last year. After I returned, I developed a roll of film that had been in my camera and discovered a Merrylands house with a Japanese garden in the front.

I made a trip back to Merrylands to make sure it was there.

I couldn’t help but be impressed by the kind of effort that people make to be different with their gardens.

Usually, when I travel somewhere for an exhibition, I will go and take photographs of the place itself, and more often than not, of its houses.

Over the last few years I have done paintings of houses in Queensland, Broken Hill, Sydney, and Wollongong, and taken photographs of houses in Adelaide, Melbourne and Sale in Gippsland. There are obvious differences between them all in terms of design.

My next houses will be from Adelaide and rural South Australia. I like the flatness of the landscape and the way the houses sit so close to the ground (as opposed to a Queensland house). On hot days they seem to be half-melted, disappearing into the ground.

Homes are at the same time shelters, enclosures, cages, stockpiles of memories, repositories of unwanted goods, somewhere to feel safe, something to show off (my home is bigger than yours), somewhere to plug into the power grid and run the television or to tap into the world via web sites.

When one is up in a plane, the overall view is of the sameness of suburbs and their houses, without much connection to each other other than the lines of communication for telephones and computers.

Despite this apparent blandness and similarity, when you look more closely you can pick out the details that differentiate them: the shape of the awnings, the colour of the guttering, the curtains in the front windows, all giving the houses a particular character.

Sometimes I am asked why there are no people in these paintings.

I reply ‘because they are paintings of houses’. 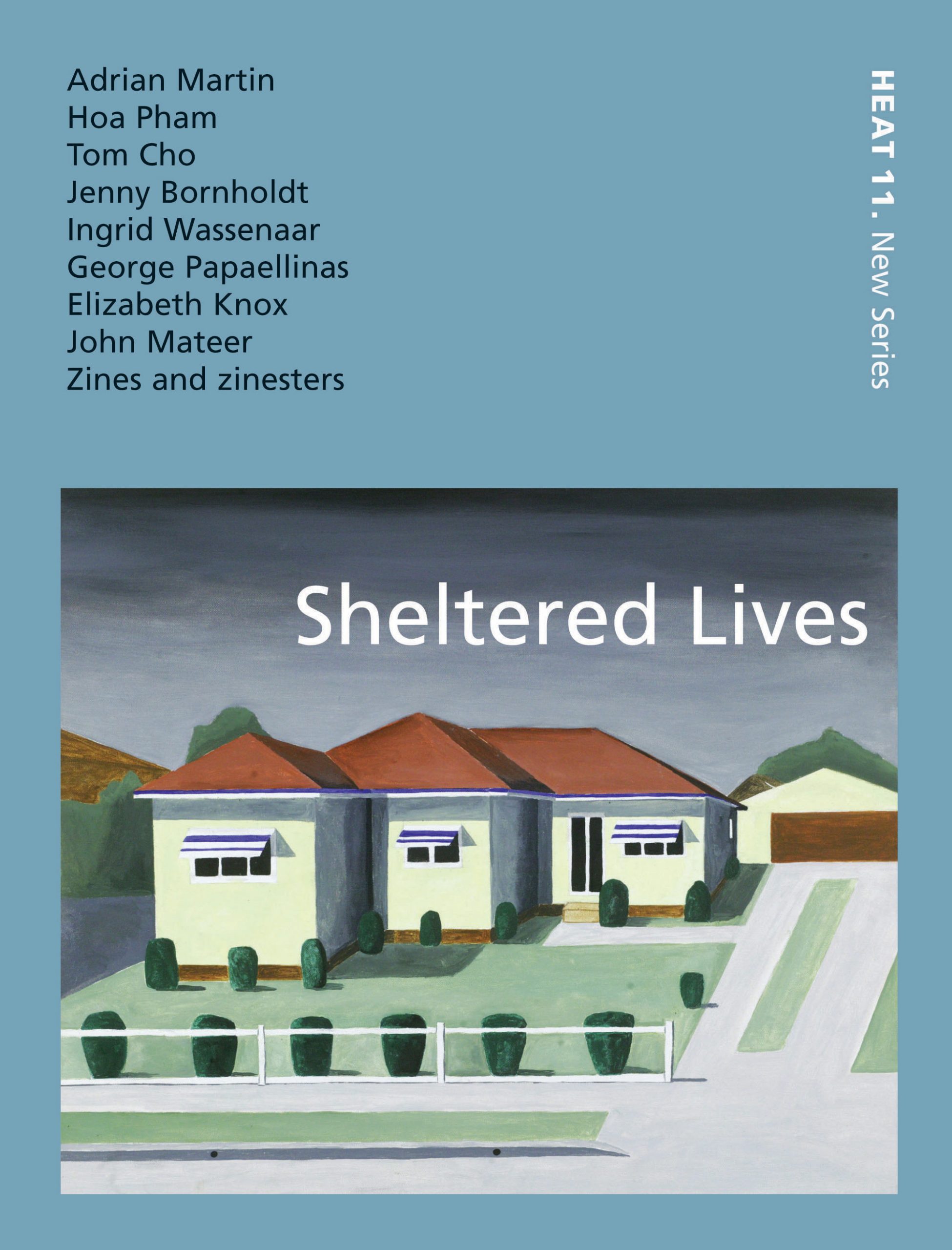