It is an honour to be relaunching HEAT after a decade-long hiatus, with five such distinguished writers. At the close of our second series, print seemed to be firmly on the way out. ‘The electronic medium beckons,’ the editorial of that last issue declared, ‘with its heavenly promise of weightlessness and omnipresence.’ And yet here we are: Australia’s inter national literary journal, available once again as a beautiful printed object, albeit a different looking one. We’ve moved away from the compendium-like issues of the past to a smaller, more intimate conception of the magazine, published every two months, that we hope will travel lightly and defy distraction. Jenny Grigg’s design emphasises our new tempo, boldly centring our contributors on the cover, using a tactile minimalism to great effect.

As readers of the first two series will recall, HEAT doesn’t follow strict themes; rather, the pieces in each issue form a kind of constellation, despite their differences in voice and perspective. The five writers that appear here draw on worlds as far apart as the Adelaide Hills in South Australia, Mato Grosso do Sul in Brazil, and Lenzing in Austria, with each linked to the others, whether story, essay or poem, by association. One reader will see multifaceted reflections on a disaster and its aftermath; another uncovers words or images that seem singular but later reappear, disconnected but resonant. In ‘Death Takes Me’, the story that closes these pages, Cristina Rivera Garza imagines the notion of poetry as a field of action. To my mind, HEAT too is a field of action, one in which literary integrity is paramount. 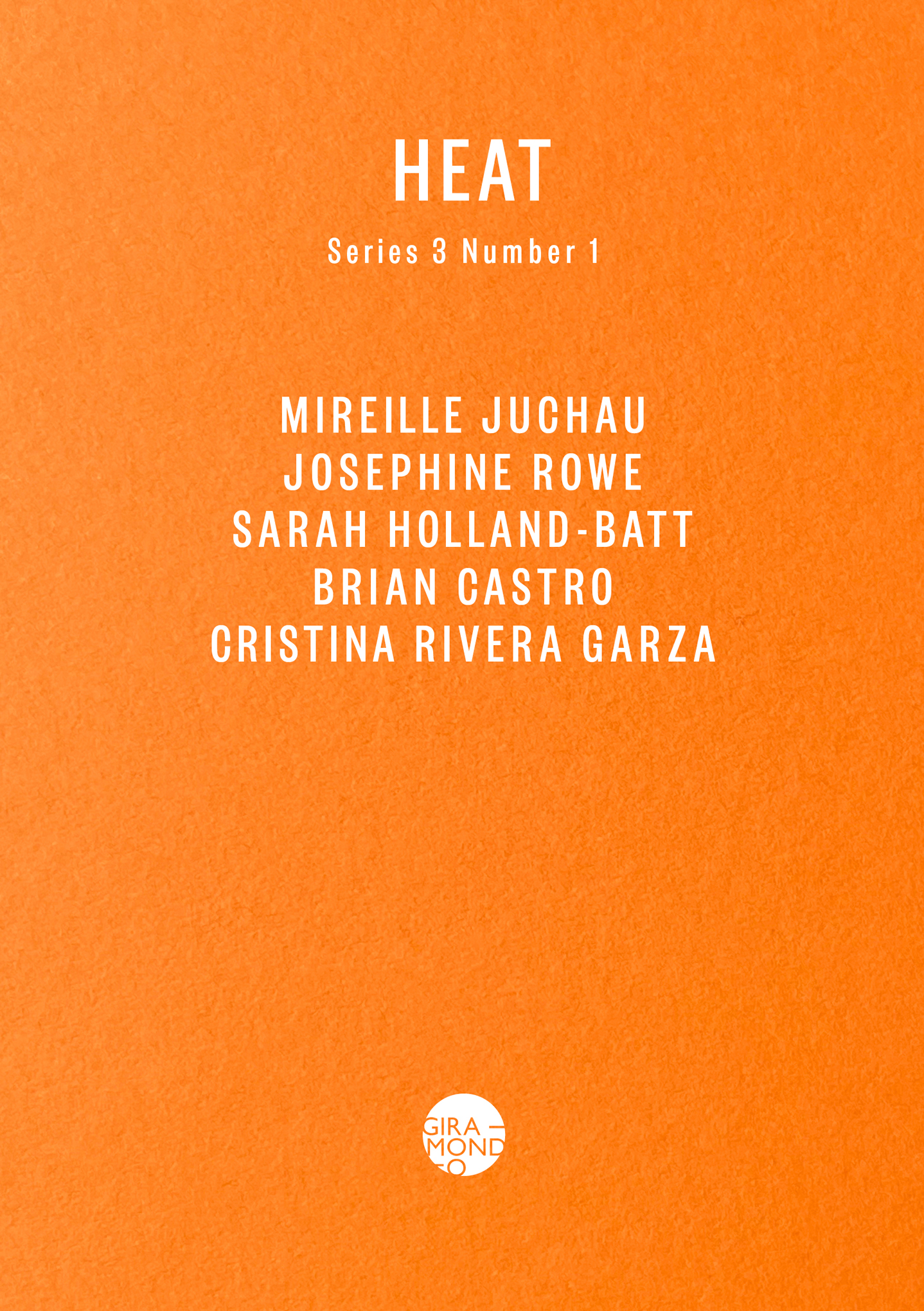 Even as I uncover materials that suggest Renate’s appearance – a portrait of her sister on an East Berlin balcony in 1961, prisoner records from age sixteen till liberation, a Hollerith card that catalogues her physical features – she remains stubbornly abstract, a dream that can’t be retrieved.
Read more